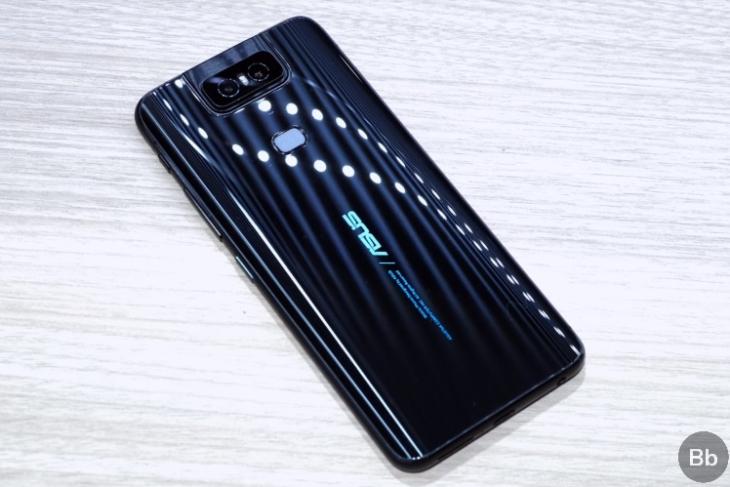 Asus ZenFone 5Z tackled OnePlus with a striking design and aggressive pricing last year and it was a massive success for Asus in India. Well, it has given Asus the confidence to return with another flagship that offers users the most value for money, along with some crazy innovation in tow. Meet the Asus 6z (minus the ZenFone branding, thanks to Delhi High Court), which now offers an almost bezel-less display, flagship internals, a massive battery, and a flip camera module to compensate for the lack of a selfie lens.

Asus 6z will be available in 2 color variants, namely Midnight Black and Twilight Silver. It will go on sale starting from 26 June on Flipkart, which has been a long-standing partner for Asus. You’ll also get Flipkart’s Complete Mobile Protection plan for just Rs 99.

Starting off with the design, well, Asus 6z (which was earlier known as Asus ZenFone 6) is made out of Gorilla Glass and boasts a liquid metal chassis for an added sturdiness. The design of this flagship looks to have been inspired by the Asus ROG gaming phone, but it isn’t as muscular and doesn’t have a sharp look. Instead, the design has been kept clean with the blue accents (the logo and the power button) adding some pizzaz to the overall look.

Asus 6z features a massive, almost bezel-less 6.4-inch Full-HD+ LCD IPS display on the front with a minimal top bezel to house the earpiece, sensors, and notification LED and slightly thicker bottom bezel. It has a 19.5:9 aspect ratio, 92% screen-to-body ratio, up to 600 nits brightness, and 100% DCI-P3 color gamut and HDR 10 support. There’s Gorilla Glass 6 protection on top as well, which is great. 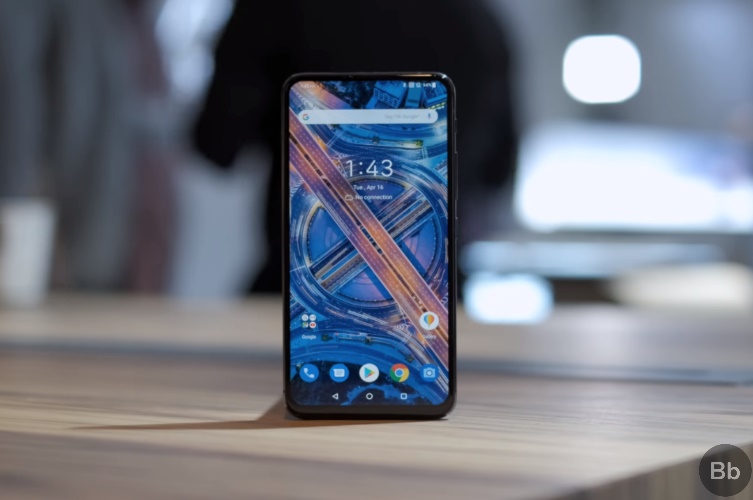 I know, everyone would’ve loved for the display to be an OLED panel, but Asus went with LCD to keep the costs in check, which is surely understandable. Asus 6z is backed by the flagship Snapdragon 855 chipset, paired with up to 8GB RAM and 256GB internal storage. It can be expanded up to 2TB using the dedicated microSD card slot in the SIM tray.

As for the camera department, Asuz 6z packs a set of dual cameras on the rear including the oh-so-popular 48MP (f/1.79) Sony IMX586 sensor and 13MP ultra-wide angle lens with a 125-degree field of view. There’s a laser autofocus and dual-LED flash baked into the camera module as well. It is the first smartphone with a 48MP sensor to support HDR+ Enhanced, but you get a motorized panorama and Super Night modes as well. 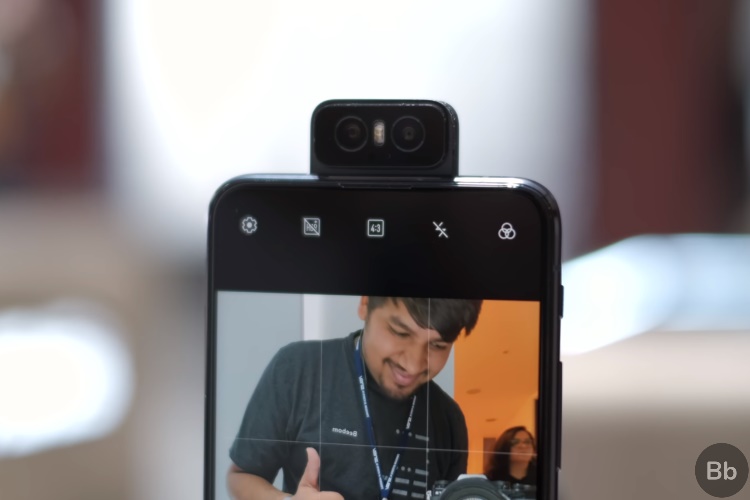 The rear lenses sit inside a flipping module (as seen above), which is the highlight of this smartphone, quite innovative, and nullifies the need of a selfie camera. This rear camera module is now the selfie module as well, so you can capture some crisp selfies, 4K 60fps vlogs, motion tracking, and much more. This results in the highest DxOMark selfie score ever of 98 for the Asus 6z.

You have complete control over the flip camera & can stop it at any angle to take pictures effortlessly, and it auto-closes when it detects a fall. The flip camera has been tested over 100,000 times and should be good for 70 selfies a day for 2 years, says Asus.

Another big change can be seen on the software front, where Asus has stripped its heavy ZenUI of all the bloat and now offers an almost stock experience with added features – in OxygenOS-like fashion. The Asus 6Z runs Android Pie-based ZenUI 6. The fingerprint sensor sits on the rear (slightly higher) instead of under the screen, which is great as in-display sensors aren’t that great.

You also get dual stereo speakers and a 3.5mm headphone jack onboard, which is great, but there’s the obvious lack of any IP rating and wireless charging. OnePlus also doesn’t offer wireless charging in this price range and Asus 6z could’ve one-upped it rival in that segment. You now have a smart key on the right side, slightly higher to reach, that’s going to come in handy to call upon the Google Assistant – but it’s customizable. 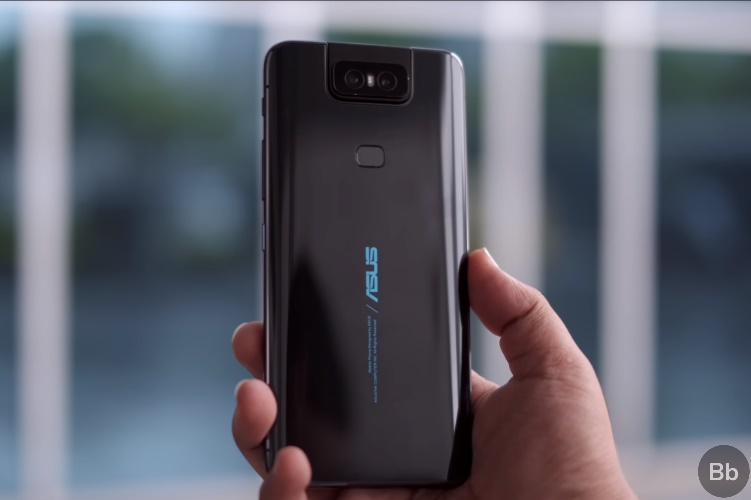 Usually, we relate the ZenFone Max moniker with a massive battery on Asus phones, but the company has packed a 5,000mAh battery in its flagship Asus 6z to provide users enough juice that should last a complete day on a single charge. There’s 18W Qualcomm Quick Charge 4.0 support onboard as well.

Just like last year, Asus has gotten the pricing of its latest flagship quite right and it could now pose a threat to OnePlus 7 in the sub-Rs 35,000 price segment. It will certainly gain attention from consumers who are looking for something different, aren’t wary of moving mechanical parts, and vlog a ton. What are your opinions on the Asus 6z? Let us know in the comments down below.