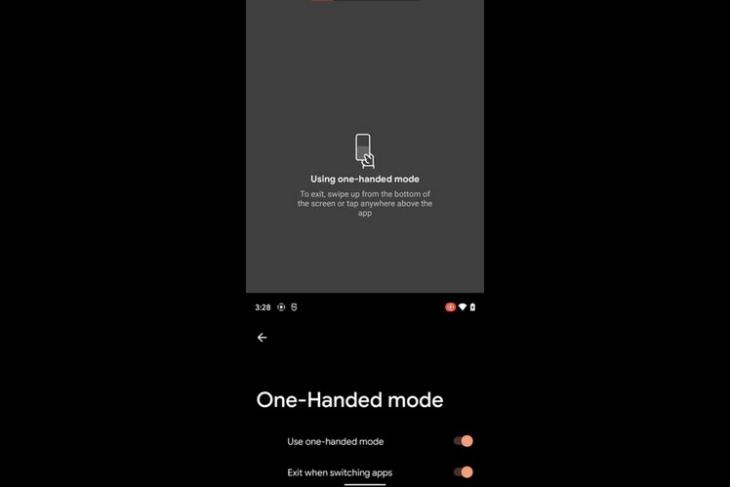 Over the past few years, smartphones have gotten bigger and bigger, and that is not going to change anytime soon. As a result, most phone makers have added a one-handed mode in their mobile OS. However, Google did not add the feature to the stock Android versions until the release of Android 12 DP1.

After a myriad of rumors, Google released the first developer preview of Android 12 recently. Amongst various new features of the latest Android version, the Mountain View giant finally added a dedicated one-handed mode. And it is uncannily similar to the one-handed mode which is present in iOS.

So, as you can see in the video, the one-handed mode in Android 12 works just like Apple’s Reachability feature in iOS. Once enabled from the Settings menu, users can swipe down from the bottom navigation-bar to pull the entire UI downwards. Although this cuts off most of the bottom part of the UI, users can easily tap buttons or options at the top portion of the device using one hand.

This is exactly how Apple’s Reachability feature works on iOS devices. In fact, Rahman says (in one of the comments) that “Google fully intends for users to think of this as Android’s Reachability” mode. And surprisingly, one of the keywords to search for the feature in the Settings menu is “Reachability”.

The feature is currently available in the latest developer preview of Android 12. We are, however, not sure if Google will keep the feature by the time Android 12 releases for the public.