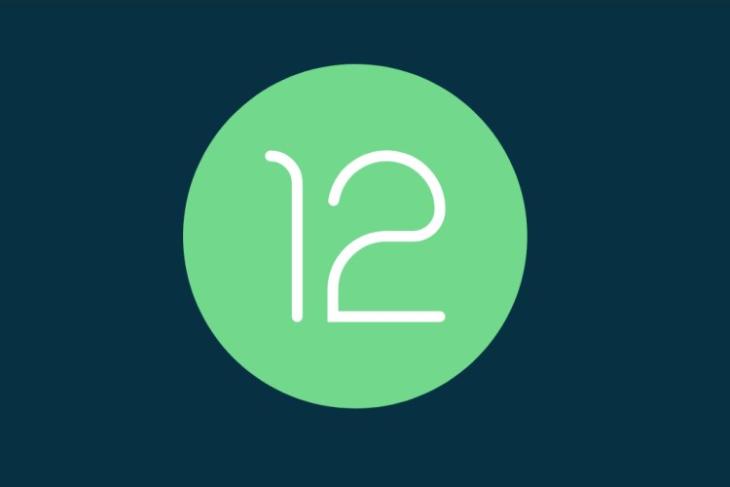 It’s February and as expected, Google has released the first developer preview for the next flavor of Android. The Android 12 developer preview 1 is now available for Pixel phone users. If you own a Pixel 3 or above, you can test out the new UI changes and features in the latest update. It further improves the notification panel, security, and brings support for new media formats.

Let’s take a closer look at some of the key new features and changes in Android 12:

Starting off with consumer-facing changes, the notification UI has received an update. “We’re refreshing notification designs to make them more modern, easier to use, and more functional,” says Dave Burke, VP of Engineering (Android), Google in an official blog post. It builds on the changes introduced in Android 11. You now see bigger icons, a dedicated snooze button, and more white space.

Burke further mentions that opening apps via notifications will be more responsive and faster in Android 12. The settings page has bagged minor upgrades as well. You will see new types of toggles, a OneUI-like settings page hidden behind a feature flag, and a lot more.

BIG change: If you enable the “Silky home” feature flag that I previously mentioned, you’ll get a DRAMATICALLY changed Settings UI that’s MUCH more one-handed friendly. Here are a few screenshots: pic.twitter.com/EcwqnU0LlB

In addition, there are minor changes made to gesture navigation, Google Play system updates, and other much-anticipated features. The scrolling screenshot feature is still broken, you can share Wi-Fi passwords via Nearby Share, add privacy quick toggles to “mute microphone” and “block camera”, and more in Android 12.

Developers can now test opt-in features that may affect their app’s usage using the new ‘App Compatibility Changes’ toggles baked in Android 12. You will find them under the developer options and this is how they look: 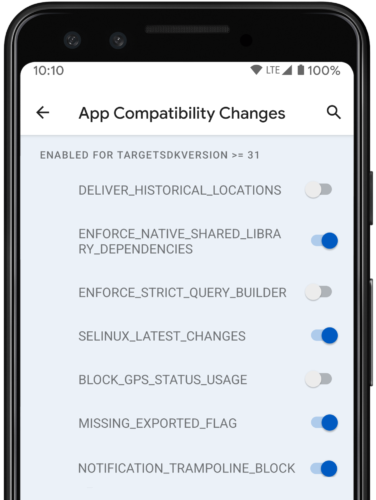 The Android 11 update did not reach the original Pixel lineup last year. And it is the Pixel 2 and Pixel 2 XL that is being booted off the list this time around. If you own a Pixel 3 and later models, you are eligible to test out Android 12 developer preview 1. Find a list of all devices that support Android 12 right here:

It should be known that the Android 12 DP1 build is not intended for general users. It is released to give developers an idea of the upcoming changes and updated APIs. The install involves flashing the compatible factory image or sideloading the OTA. Both of these methods have certain risks involved and could lead to loss of data.

You can also check out the new features inside the Android emulator. All you need to have is a preview build of Android Studio installed on your PC. You have to download Android S SDK to make a compatible virtual device.

We suggest you install the developer preview at your own risk and wait for the public beta release, which first arrives in May later this year. If you’ve already installed the Android 12 DP1 build on your Pixel phone, share your experience with us down in the comments section.