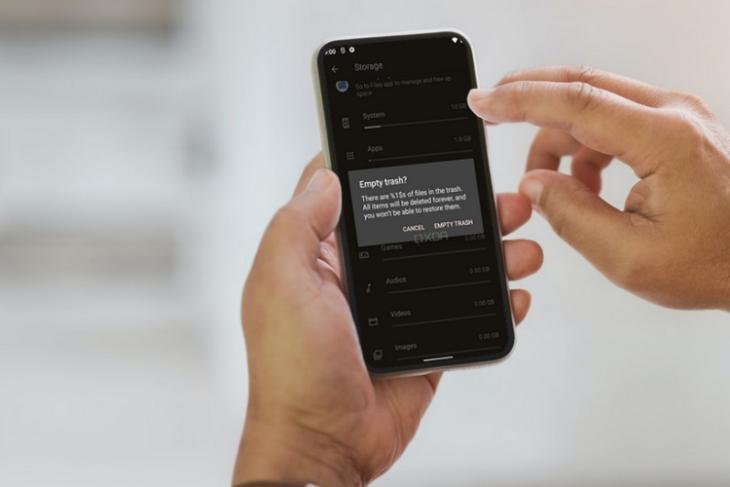 Last December, XDA-Developers spotted that Google’s Files app will soon get a trash folder. Now, according to a new report from XDA’s Mishaal Rahman, it looks like Google has plans to include a Trash Bin within the Settings app, starting with Android 12.

Android 12 May Get a Trash Bin Section

Going by the report, Android 12 may have a unified option to manage trash files from Settings -> Storage. From here, users may see the number of files in the trash along with the option to permanently delete them. However, the option to restore trashed items seems to be missing in its current state.

The report also suggests that it is not likely to be a full-fledged recycle bin or trash folder. Take a look at the screenshots of this hidden feature below:

As is the case with almost every other new feature on Android, the compatibility of the feature depends on various factors. For starters, file manager apps should utilize Android’s MediaStore API for this feature to work as intended. In addition, we’ll have to wait to see if popular recycle bin apps make changes to support this implementation.

With that said, it is worth pointing out that the aforesaid trash bin in the Settings app is not available by default on the two Android 12 developer previews released so far. Hence, it is possible that Google may skip the feature or test it in the upcoming beta tests. We’ll have to wait for the next Android 12 developer preview and future beta builds before drawing a conclusion. And of course, we’ll know for sure at Google I/O 2021 scheduled for May 18 to 20.