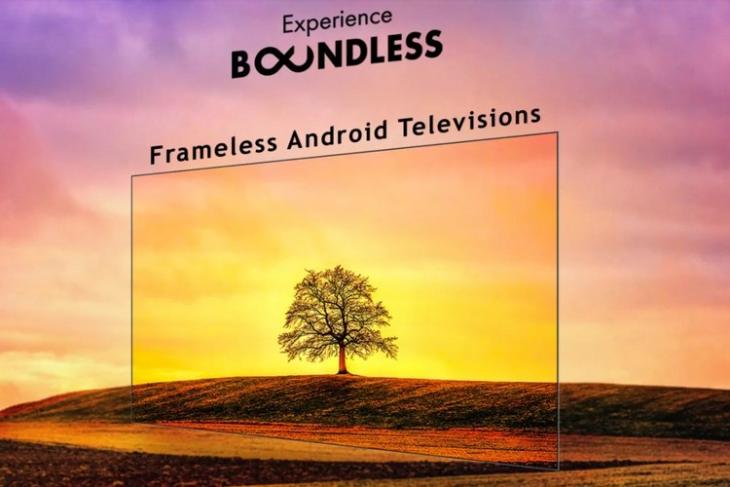 Apart from launching thin-and-light notebooks and gaming laptops, Acer has been expanding into various new product categories lately. The company recently entered the TWS earbuds segment in India with the launch of three new products. Now, the Taiwanese giant has announced to enter the smart TV market in India next month.

Acer has partnered with a Bengaluru-based technology company Indkal Technologies to develop its upcoming TV lineup. The company will launch Android TV-based smart TVs, ranging from an entry-level 32-inch model to a higher-end 70-inch model.

The Acer smart TVs will be sold in India via e-commerce platforms such as Flipkart and Amazon. In fact, the product page for the Acer TVs recently went live on Flipkart, giving us a sneak peek at the bezel-less TV design. So, let’s take a look at some of the key specs and features of Acer’s upcoming smart TV lineup.

Starting with the display, as per the Flipkart listing, Acer will offer 4K UHD panels aboard its smart TVs in India. They will come with a bezel-less design and support Wide Color Gamut+, HDR10+ along with HLG technology. Furthermore, the TVs will also boast an Intelligent Frame Stabilization Engine that will analyze each frame of every scene to deliver a smooth and blur-free viewing experience.

Under the hood, the Acer smart TVs will pack a 64-bit quad-core processor. It will be coupled with up to 2GB of RAM and 16GB of internal storage. The TVs will run Android TV out-of-the-box and also come with built-in support for Chromecast.

As for the speakers, Acer has confirmed that its smart TVs will feature 24W speakers with support for Dolby Audio and Pure Sound 2 to deliver an immersive experience. Coming to the ports, these smart TVs will feature an ethernet port, three HDMI ports, two USB 2.0 ports, an antenna port, an AV-in connector, a S/PDIF port, and a 3.5mm audio jack.

As for the price of the upcoming Acer smart TVs, unfortunately, there is no information available as of now. However, we can expect them to compete against Xiaomi’s Mi TV lineup. So, they will presumably be priced in the Rs 30,000 to Rs 50,000 range for the 4K models.

Coming to the availability, Acer has confirmed that it will launch its smart TV lineup sometime during September. However, the company is yet to share a specific launch date. So, stay tuned for more information.