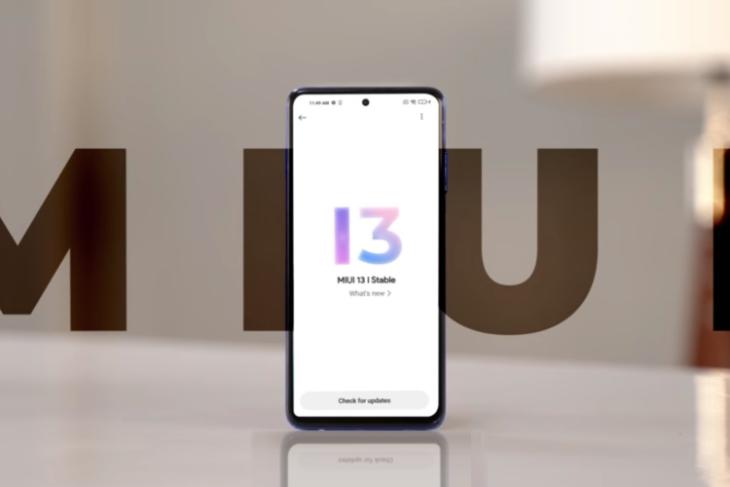 Xiaomi is expected to introduce its next-gen Android 12-based MIUI 13 skin next month. Prior to the official announcement, it’s now revealed that the company is testing MIUI 13 based on both Android 11 and Android 12. A list of the first eligible devices has also been revealed. Here’s a look at the details.

As per reports, the list of Xiaomi devices that will come with support for MIUI 13 includes the rumored Xiaomi 12X. The smartphone will be a part of the Xiaomi 12 series and come with a Snapdragon 870 SoC, a 120Hz display, a 50MP main camera, and MIUI 13 out-of-the-box. XiaomiUI has spotted the phone’s internal build numbers (V13.0.0.56.RLDCNXM and V13.0.0.46.RLDMIXM). It confirms that the Xiaomi 12X will run Android 11 with MIUI 13 on top.

Xiaomi is expected to reveal more details on the release of MIUI 13 for other Xiaomi/ Redmi devices once MIUI 13 makes an official entry. It is expected to launch alongside the Xiaomi 12 series in December.

For those who don’t know, MIUI 13 is expected to introduce a number of changes to the user experience. The skin is likely to include a new notification system, an improved Control Center, more privacy features, a virtual RAM feature, new Files Manager app, and loads more.

Since this isn’t an official announcement from Xiaomi, it’s best to wait for some details from the company itself to get a better idea. We will keep you posted on the same, so stay tuned for more information.