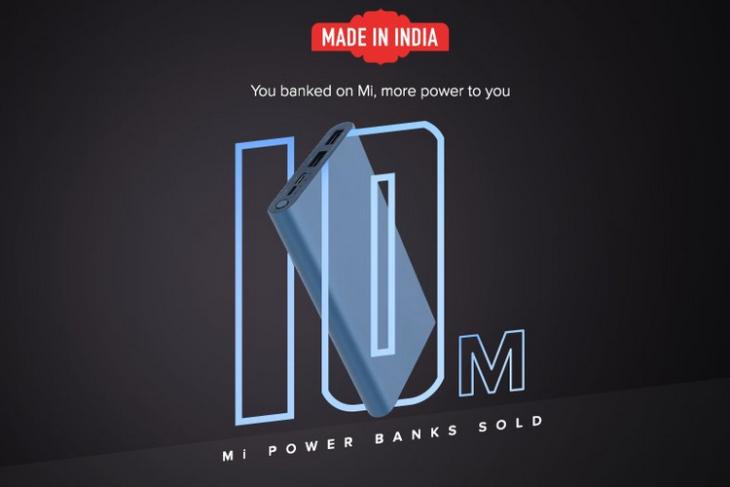 Xiaomi has sold more than 10 million (1 crore) Mi Power Banks assembled in India, the company claimed via a tweet earlier today. There’s no information about which models in the company’s portfolio are more popular than others, but a sales breakup would have offered an interesting insight into the power bank market in the country.

As noted by NDTV Gadgets, Xiaomi entered the power bank market in India in 2017, three years after it shook the smartphone market in the country with the launch of the Mi 3 and the first-generation Redmi Note and Redmi Note 4G.

Thank you for always choosing Mi when it comes to powering up your smartphones, fitness devices, and more🙏

RT if you own one! 🔄 pic.twitter.com/kqgvhALYSu

Xiaomi is also teasing the launch of a new ‘Super Compact’ power bank in India on Thursday, November 5. While there’s no official info on the upcoming device, online speculations suggest that that it could well be the Mi Power Bank 3 Ultra Compact that has a 10,000mAh capacity, but is reportedly as compact as a credit card.

Either way, with no more information to go by, it will be interesting to see what the upcoming power bank will bring and if it will live up to the hype of offering the “most compact form factor ever”, as the company has been advertising. We’ll have to wait just a couple of days to find out.