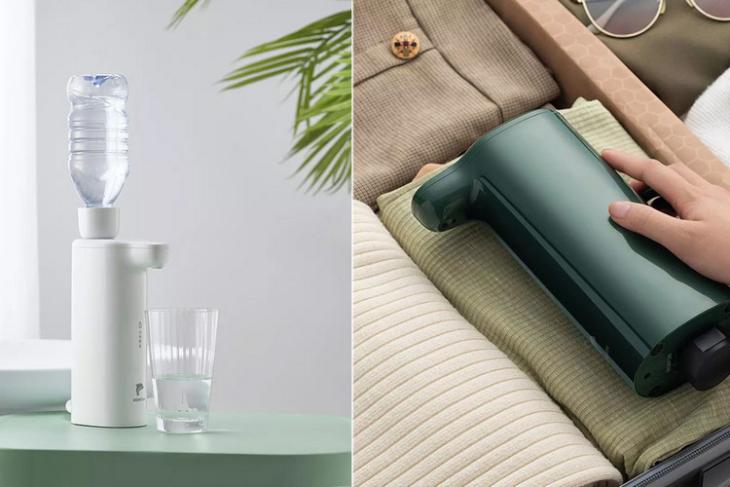 Xiaomi has launched an ‘instant hot water dispenser’ via its YouPin crowdfunding platform. Called the ‘Morfun Pocket Hot Water Dispenser‘, the device is said to heat-up water in just 4 seconds. According to Xiaomi, the device offers all the functions of a conventional water heater, but in a portable form factor.

The device offers 5 temperature settings, including 45°C, 60°C, 85°C and 100°C. There are also four different water levels to choose from – 120ml, 250ml, 360ml and 500ml. At the top, there’s a touch-enabled control panel which allows users to adjust the temperature in real time. Xiaomi says that the device uses the new ‘non-thermal bile boiling technology’, which allows for the water to reach boiling point in just 4 seconds.

The primary selling point of the Morfun Pocket Hot Water Dispenser is its portability. It measures 117x62x190mm, enabling users to conveniently carry it in a standard handbag. Xiaomi also claims that the device is equipped with a custom-designed water bottle connector that’s compatible with every type of bottle in the market.

Whether or not this particular gadget makes it to India, the Chinese tech giant has launched a slew of quirky little products in the country over the years. The list includes the Mi Beard Trimmer, Mi Truck Builder, Mi Water TDS Tester and even a 2-in-1 fish tank.