Beebom
Home PC Windows 10 Home vs Pro: Which One You Should Upgrade to?

Windows 10 is getting adopted fast and quick but there’s always a very common question on most buyers minds. Which Windows 10 version should I choose? Well, Microsoft made it easy by releasing only two home desktop versions of Windows 10: Home and Pro. Today, we will make it easier, as we will compare the two Windows versions and let you know the one that suits your needs.

Previous Windows Home and Pro versions had major differences when it came to core features but Microsoft has changed things with Windows 10. Unlike the past, Windows 10 Home and Pro are very similar and they pack enough features to be viable for most users but as you would expect, Windows 10 Pro comes with more advanced security and privacy features. 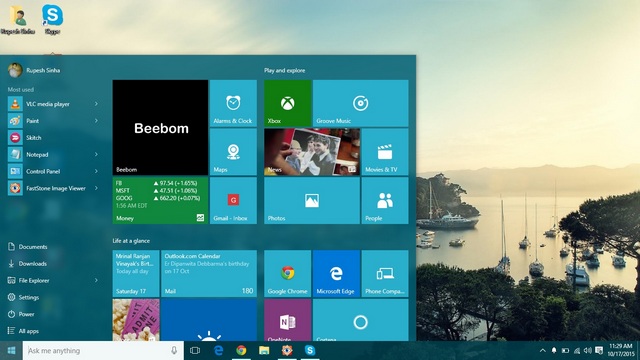 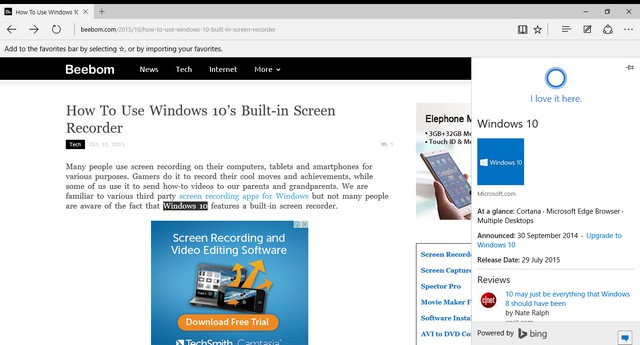 Microsoft Edge is a great budding browser from Microsoft, which is surely competing well against its competitors. Fortunately, Windows 10 Home and Pro both feature Edge as the default browser. There’s no difference in the Edge features too, as both Windows versions come with all the features like Reading view, Cortana integration, built-in ink support and more. 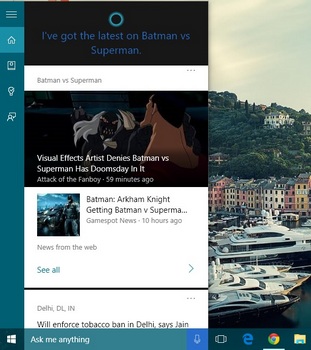 Microsoft’s Cortana voice assistant holds its own even against very tough competition from the likes of Siri and Google Now. We loved Cortana on Windows Phone and we are glad to see it become such an integral part of the Windows 10 experience. Thankfully, Cortana features like search, suggestions, reminders and the usual playful banter are all common between Windows 10 Home and Pro. 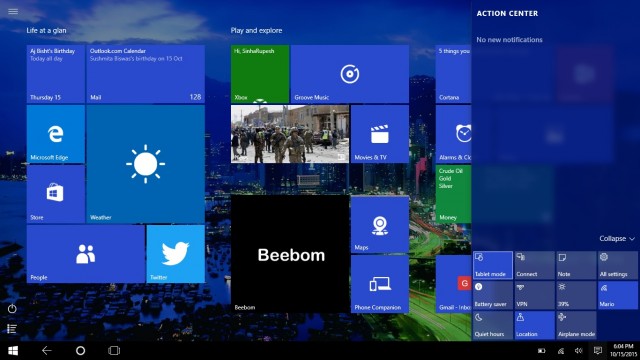 Both Windows 10 Home and Pro come with support for Continuum. Continuum lets you turn your mobiles, tablets into a full blown Windows PC. It allows you to switch between devices of different screen sizes. Thanks to Continuum, a Windows 10 Mobile device can be used as a Windows PC by just using Microsoft’s Continuum Dock. 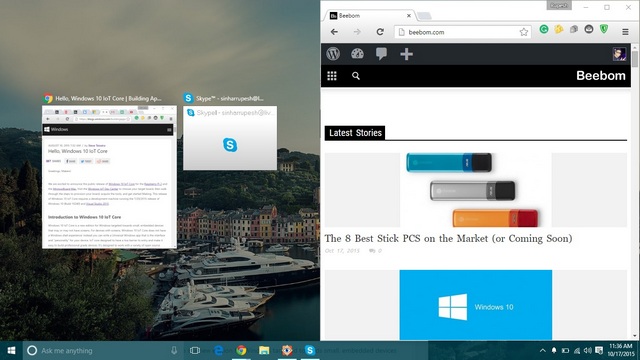 Windows 10 Home and Pro share some business features as well. Both the Windows versions come with support for Microsoft Passport, device encryption, side-loading of business apps and mobile device management. Along with that, both versions can be easily upgraded to Windows 10 Education Edition.

Both Windows 10 Pro and Home are easily upgradable to Education Editions of Windows 10 but only the Pro version can be upgraded to Windows 10 Enterprise Edition. Windows 10 Pro also brings the ability to join Azure Active Directory and access to various cloud-hosted business and management apps. 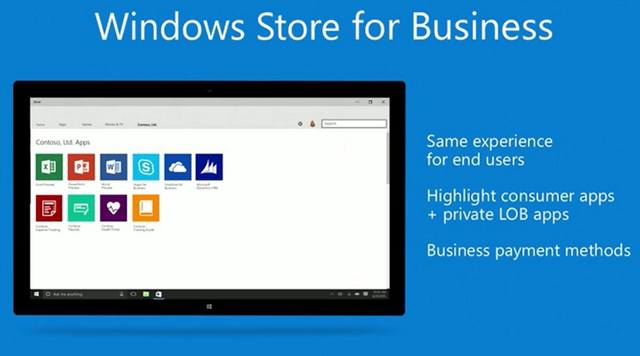 Windows 10 Pro comes with Enterprise Data Protection (EDP), which is a suite or module that makes sure the important data does not fall in the wrong hands. The data is also encrypted in this method, so even if the data gets compromised, it cannot be decoded. One other security feature that Windows 10 Pro packs is BitLocker. BitLocker is a disk encryption program, which protects data by encrypting all the volumes in a drive. Windows 10 Pro comes with the latest edition of BitLocker.

Windows 10 Home vs Pro: Which one should you buy?

It’s commendable on Microsoft’s front to pack Windows 10 Home with all the core features, considering it’s the basic version. Windows 10 Home should work fine if you just care about the new attractive features like Cortana, Continuum, Windows Hello etc.. Microsoft has also added some security features in the Home edition like Microsoft Passport, device encryption and more.

Coming to Windows 10 Pro, it packs all the core features and along with that, it brings some very advanced business aimed features like Windows Store & Update for Business, Azure Active Directory, BitLocker, Enterprise Data Protection and more. 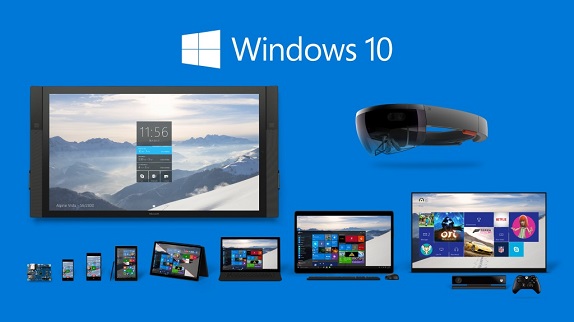 Windows 10 Enterprise, as the name suggests is aimed at large companies. It comes with various security and privacy features including the likes of Direct Access, AppLocker, Device Guard and more. This version of Windows is aimed at companies looking to lock down the Windows experience according to their specific needs. Microsoft is not selling Windows 10 Enterprise at the store, instead it will be sold to companies via volume licensing.

Windows 10 Mobile, as the name suggests is for “mobile” devices which includes smartphones, tablets and any device with a screen size of less than 9-inches. Windows 10 Mobile Enterprise is for large organizations, which can lock down their employees’ mobile experience according to their needs and security.

SEE ALSO: Surface Book, Macbook Pro Alternative We Have Been Waiting For

So, which Windows 10 release you plan on buying? Windows 10 Home or Windows 10 Pro? Let us know in the comments section below.

Microsoft is improving Windows 10's accessibility features with the Windows 10 May 2020 update. The improvements are mainly focused on Text Cursor, Magnifier, and...
Subin B - May 22, 2020 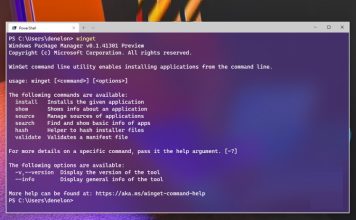 If you are a Windows user, the process of downloading and installing an EXE or MSI file is like the back of our hand...
Anmol Sachdeva - May 20, 2020

Late last year, Neowin reported that Microsoft is working on bringing 64-bit emulation to ARM PCs running on Windows 10. A recent GitHub commit...
Subin B - May 18, 2020 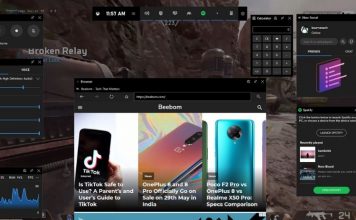 Xbox Game Bar in Windows 10 Now Lets You Access a Calculator and a...

Microsoft recently introduced a much-appreciated feature to the Xbox Game Bar on Windows 10 PCs. It's the widget store that lets you install third-party...
Anmol Sachdeva - May 14, 2020 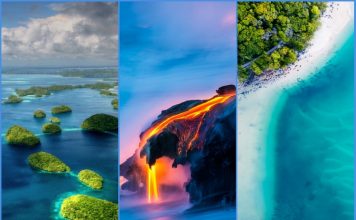 Our oceans have suffered enough over the past few decades as they became littered with garbage that humans created. This affected the marine life...
Beebom Staff - May 9, 2020