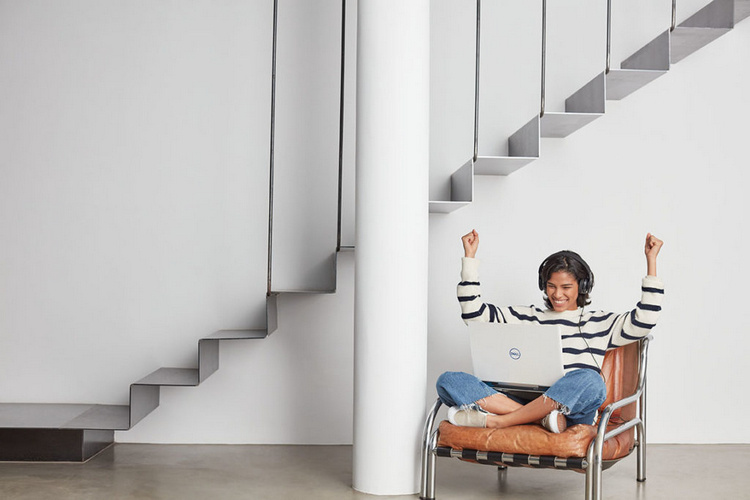 The much-awaited Windows 10 May 2020 update has just started rolling out via Windows Update. It is currently only available to a small number of users, but is expected to be eventually rolled out to all compatible Windows 10 devices in the coming weeks. It is a pretty important update in terms of new features, and is the first stable version of Windows to come with the Chromium-based Microsoft Edge built-in.

The Windows 10 May 2020 Update comes with the Chromium-based Microsoft Edge, and it brings significant improvements to how it uses system memory. According to Microsoft, the browser uses up to 27 percent less RAM than before, and the company claims that users will notice the change while using other apps simultaneously with Edge.

Microsoft may have discontinued Cortana on mobile, but the app continues to remain front and center on Windows 10. It has now been updated with a new chat-based interface that enables users to either speak or type their queries. It can now be accessed from the Taskbar.

Make and Receive Calls From Your Computer via ‘Your Phone’ App

The May 2020 Update also brings the Your Phone app’s Calls feature to ARM-supported PCs, enabling users to make or receive phone calls directly from their PC. That’s not all, the app will also allow users to send or receive texts, check notifications and get instant access to their Android phone’s photos and apps through the PC.

The age-old text editor has also seen some small but mighty improvements. There’s now a wrap-around find/replace and quick text zooming. The app will also show an asterisk in the title bar to let you know that you have unsaved changes.

The update brings along some notable changes to Virtual Desktops, making it more similar to the multiple desktop functionality on macOS Catalina. According to Microsoft, it would now allow users to keep different apps in different windows to reduce the clutter. Users will also be able to rename these virtual desktops whatever they want.

Microsoft is also improving Windows 10’s accessibility features with the Windows 10 May 2020 update. The improvements are mainly focused on Text Cursor, Magnifier and Narrator.

First off, there’s now a text cursor indicator that should help people with visual impairments find the cursor with relative ease. The Magnifier will also follow the text cursor alongside the mouse pointer from now on. Finally, the Narrator will now sound more ‘natural’, while a handy text-to-speech integration will ensure that users don’t have any problem trying to understand the content.

One of the biggest changes in the Windows 10 May 2020 Update lies under-the-hood. The incoming software includes Windows Subsystem for Linux 2 (WSL 2), with a custom-built Linux kernel. The change is expected to improve the performance of Microsoft’s Linux subsystem in Windows.

Other Tweaks and Optimizations

The incoming update, which will bump up the Windows 10 version of your PC to 2004, also brings a plethora of other tweaks and optimizations. The Task Manager will now also show GPU temperatures for compatible hardware. Other tweaks include a simplified Swift Pair for Bluetooth accessories and some design changes for the Settings app. The update also brings Windows Hello biometric authentication for compatible PCs, adding a new layer of security for your data. You can download it on your PC right now by checking out our guide!

You can also check out the official Microsoft blog post to know more about the Windows 10 May 2020 Update.

Action Center Greyed Out on Windows 10? Here’s The Fix

How to Change Default New Folder Name in Windows 10

How to Speed up Windows 10 (Effective Methods)

How to Run Old Apps in Windows 10 Using Compatibility Mode