After launching Spaces in private beta last December followed by expanding the test to Android soon after, Twitter is expanding Spaces to general users. According to Twitter’s official blog post, Twitter Spaces is live for all users with over 600 followers.

Twitter says it set the cap at 600 followers because these accounts are “likely to have a good experience hosting live conversations because of their existing audience.” However, that doesn’t mean accounts with less than 600 followers will never get Spaces. The company plans to open the gates for Spaces to everyone after improving the discoverability of active Spaces.

So if you have more than 600 followers on Twitter, go through our detailed guide to learn how to use Twitter Spaces right away. If you like the concept of Twitter Spaces, you could also check out its inspiration, Clubhouse, and its alternatives. 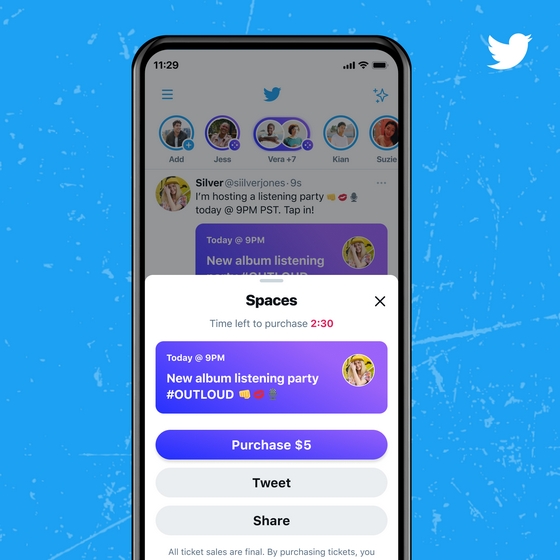 In the same blog post, the company has detailed what it has planned for Space hosts and creators, including a way to monetize Spaces. Dubbed Ticketed Spaces, hosts can set ticket prices along with the maximum number of participants in the Space. Twitter says the majority of revenue from ticket sales will go to creators and a ‘small amount’ goes to the company.

Going forward, Twitter will roll out the ability to schedule Spaces. Also, interested listeners will be able to set reminders for upcoming Spaces. According to Twitter, these features will be available in the coming weeks.

Other changes coming to Spaces include co-hosting with other people to manage speakers and participants, improvements to accessibility to pause and customize live captions, and the option to join a Space by tapping on a person’s profile picture.