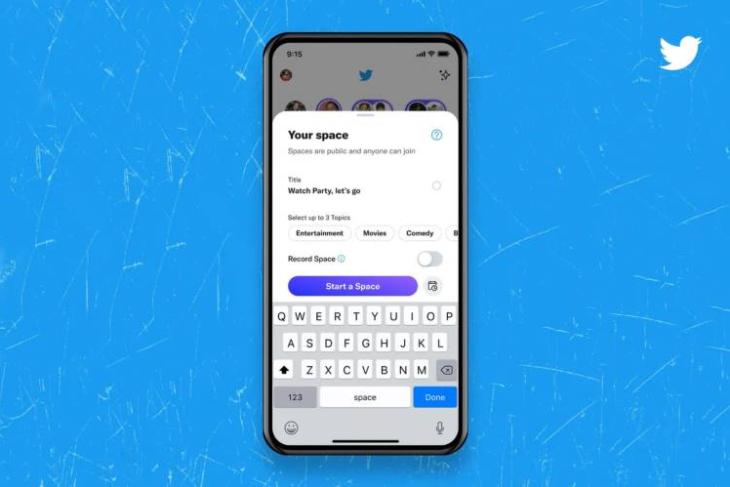 Twitter made its Clubhouse-like audio-centric feature Spaces available to all users on the platform earlier this month. And the company continues to add new features to Space. Now, Twitter has started rolling out the ability to record Spaces for hosts and share their session recordings with their listeners even after the sessions have ended.

The company announced the recording feature for Spaces via an official tweet recently. As per the tweet, the feature is currently available for “some hosts on iOS” to allow them to record their Spaces sessions. Following the recording, any of their followers can “listen and share the recording from the Spaces card.” You can check out the tweet right below.

So, once the recording feature goes live for eligible hosts on iOS, they will see a new “Record Space” toggle during the Spaces setup page. If you are not familiar with how to use Twitter Spaces, follow our linked guide. They can toggle it on before starting their Spaces session and the app will record the entire discussion. Moreover, a recording icon will appear for everyone, including the live listeners, in the Space.

Following the recording, hosts can share it on the platform for listeners to access or even share it with fellow Twitteratis afterward. They will get the usual playback controls when listening to a Spaces recording like the play/ pause button, the playback speed button, a captions button, the seek bar, and a share button. This could garner more followers for the hosts in the long run.

The recording will be available for hosts to share for a month and they can delete it anytime during the period. However, Twitter says that it will keep a copy of the recording in its backend for about 120 days to check for hateful content that goes against their policies, in case someone reports it.