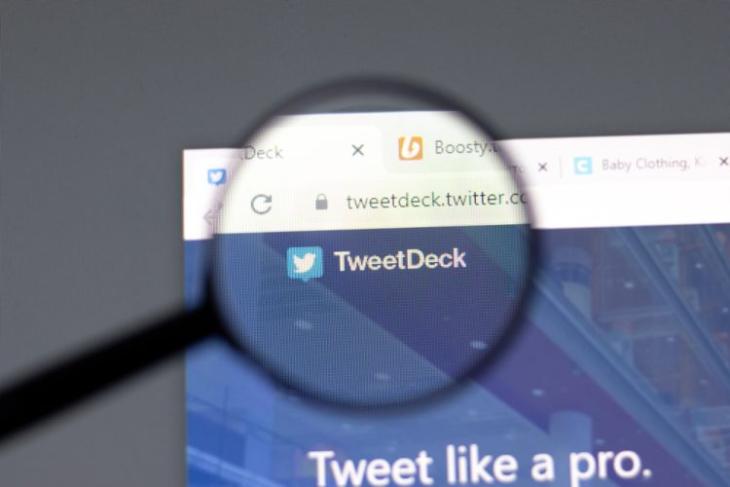 If you are a social media manager or a hardcore Twitter user, I’m sure you have used TweetDeck to manage your Twitter account(s) online. Although it was initially an independent app, Twitter acquired it subsequently and released a redesigned TweetDeck website last year. Now, the microblogging giant is looking to earn money via the tool as it aims to make TweetDeck a paid feature for users. Let’s dig into the details below.

On the newly discovered sign-up page, Twitter touts TweetDeck to be a “powerful, real-time tool for people who live on Twitter.” Also, the company highlights some of the key features of the tool and the “ad-free experience” of the platform.

Now, it is worth mentioning that TweetDeck is already an ad-free platform. So, the fact that Twitter is marketing it with the same suggests an ad-backed version might be available for all users. The ad-free version will become a paid feature soon, and, presumably, be a part of the $2.99/ month Twitter Blue service. To recall, it was previously suggested that Tweetdeck might soon become a subscription-based service.

Wong also notes that Twitter is completely rebuilding the platform with the “parts from the new Twitter web app.” However, she also spotted a link for the legacy version, which could be available for free, though, it could be discontinued in the future.

While this move could prove beneficial for Twitter, it is a bit contradictory. Twitter Blue isn’t ad-free but TweetDeck is. Hence, it remains to be seen how this combination works. That said, including TweetDeck in Twitter Blue can actually help it be ad-free, which can help Twitter earn some money and provide users with a better Twitter Blue experience.

Since we don’t have official details with us, it’s best to wait and watch what Twitter plans to do. Hence, stay tuned. Also, let us know what do you think about Twitter making TweetDeck a paid feature in the comments below.