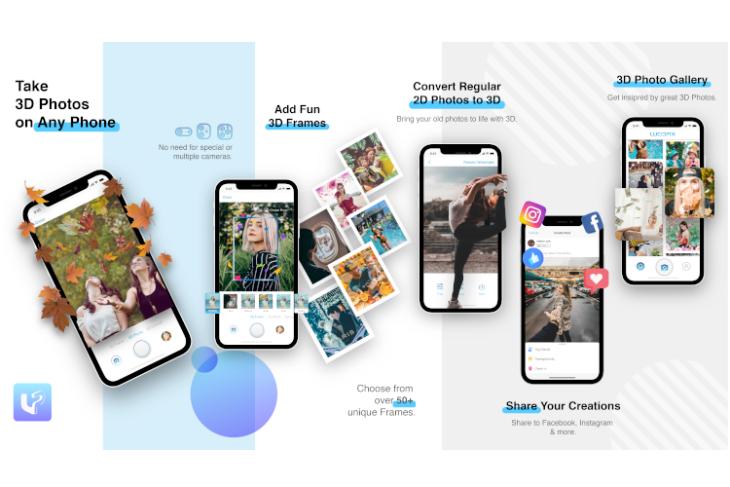 The days of relying on high-end smartphone camera sensors for creating 3D photos are gone. A company named Lucid has shown off its new app named LucidPix that lets you create 3D photos without requiring any additional sensors at CES 2020.

To make this possible, the app uses contextual AI that the company calls “3D Fusion Technology”. Notably, the app lets you recreate an old 2D image that you have captured in the past with a 3D effect. These images move as you scroll or tilt your phone. The created image can then be shared to your favorite social media platform. Cool, right?

“The way consumers express themselves digitally and visually has evolved more and more to what we naturally see with our own eyes with depth. Thus, over the past few years, the visual medium has become more multidimensional, leading to more portrait photos, 3D content, and AR and VR being created”, says Han Jin, Founder & CEO of Lucid.

The company mentions that it spent the past several years developing its 3D Fusion technology. The deep learning model is trained using hundreds of millions of images for providing accurate results.

The app also includes a lot of animated features to make your images better. You can even add 3D frames to your photos. There are over 50 frames to choose from.

The app is available in beta versions on the Google Play Store and Apple’s App Store for Android and iOS respectively. The full version of the app will be released in the second quarter of this year. Check out the app from the link below and let us know your thoughts on it in the comments.