In order to protect DRM content on Android, Google made some primary changes with the release of Android Oreo in 2017. And with every passing year, Google has tightened the screw and patched almost all the workarounds. If you take a screenshot on protected apps now then you would be notified with “Taking screenshots isn’t allowed by the app” error. In such a scenario, you don’t have many options left. Having said that, there are still some nifty ways that allow you to take a screenshot in Android bypassing the restriction. And in this article, we are going to explain those steps in detail so you can take screenshots on any Android app. Do not worry, we have mentioned a non-root method as well. With that in mind, let’s now go through the guide.

In such a case, you need a computer to take a screenshot through ADB and a special screen mirroring software. There are plenty of screen mirroring programs out there, but I am going to use the scrcpy tool because it’s quick and costs nothing. And the best part is that you don’t even need root access. Keep in mind, this non-root method does not work on Netflix, Prime Video, and other media streaming apps. However, it works pretty well on Snapchat, Signal, Authy, and more.

1. First of all, set up ADB on your computer. After that, connect your Android device and run adb devices to check if your computer recognizes your device. 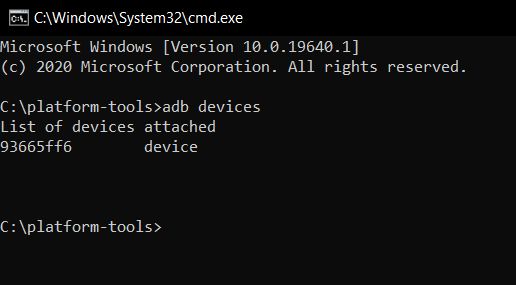 3. Now, open the extracted scrcpy folder and double-click on scrcpy.exe. 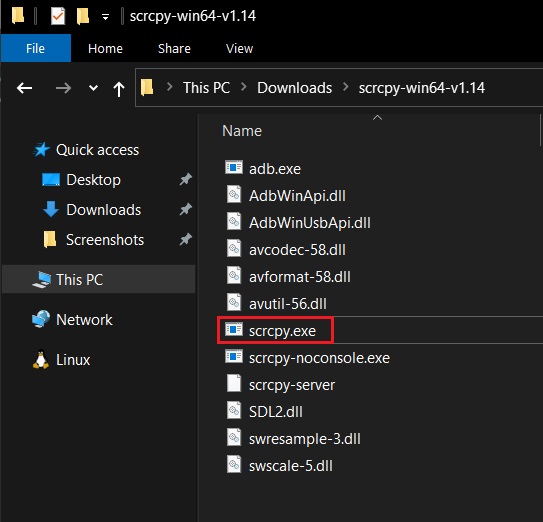 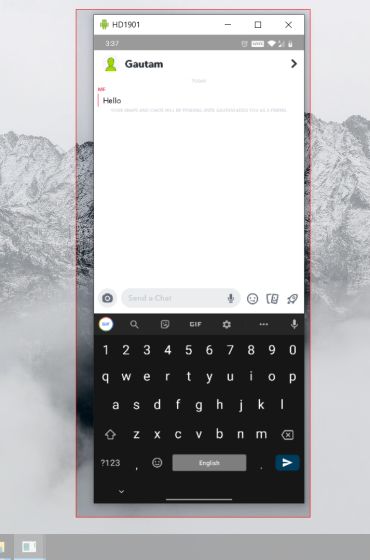 Taking Screenshots isn’t Allowed by the App? Here is the Solution [Root Required]

If you have rooted your device then you can grab a screenshot on the smartphone itself. No need to use an additional computer. You will have to create a small module and then you can flash it on Magisk. The best part about this method is that it allows you to take screenshots on Netflix and other media streaming apps as well. Here is how you can do it.

1. Download Smali Patcher (Free) from XDA Forums. It’s a simple tool created by a developer named fOmey that allows you to create small patches within seconds.

2. After that, connect your Android device and run adb devices to check the connection.

3. Now, unzip the Smali Patcher file and run SmaliPatcher.exe. Here, enable the “Secure Flag” checkbox and click on “ADB Patch”. It will generate a ZIP file within the same Samli Patcher folder. 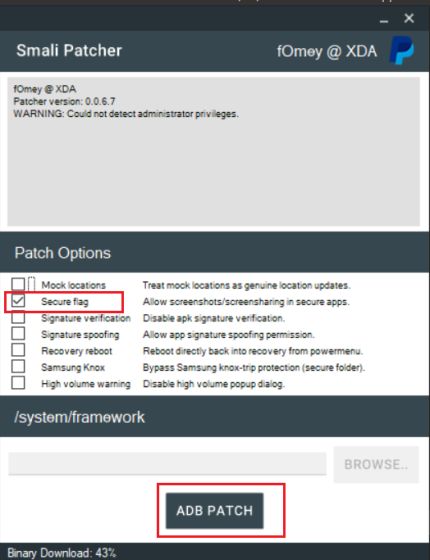 So those are the two ways you can take a screenshot on restricted Android apps. At first, we have mentioned a non-root method so you can easily grab a screenshot. And if you have root access then Smali Patcher will be of great help. Apart from that, there is also a way to take screenshots of protected apps through the Xposed Framework but the steps are quite complex so I have not mentioned it. Anyway, that is all from us. If you are facing any issue then do comment down below and let us know. We will definitely try to help you out.