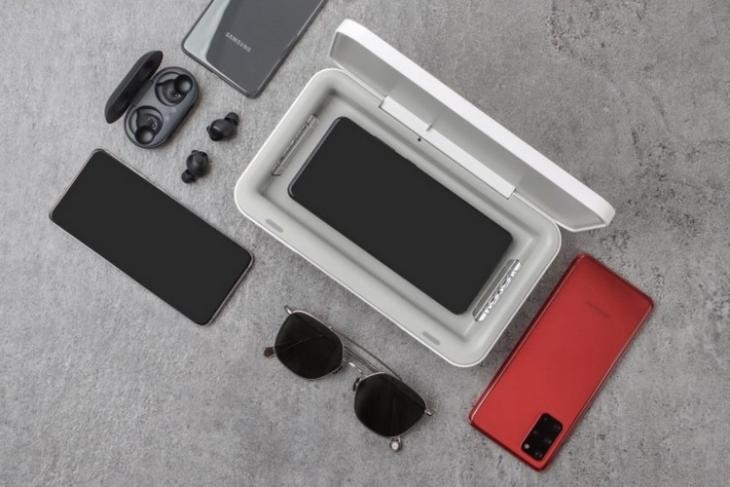 With the rise of the Novel Coronavirus, we have seen an array of sanitization devices pop up in the market. We saw Samsung take the necessary steps by introducing the “Galaxy Sanitizing Service“. Now, the electronics giant has released a new UV sterilizer for smartphones and other daily objects.

The Seoul-based company recently announced the launch of its new UV sterilizer via an official blog post. According to the company, with the new sanitization device, users can “quickly disinfect [their] smartphone, earbuds, and glasses in just 10 minutes, wherever [they] are.”

The UV sterilizer, according to the blog post, is manufactured by Samsung’s partner under the Samsung Mobile Accessory Partnership Program (SMAPP), Samsung C&T. According to Verge’s report, the news of the UV sterilizer first emerged via Samsung Thailand. However, now, the device is available in most countries of the world.

Now, coming to the features of the UV sterilizer. It works just like the other smartphone sanitization devices available in the market. The device features dual UV-C lights that are able to sanitize both the front and the back of the smartphone inside.

Also, according to Samsung, the UV sterilizer has “a sleek and minimal design” and can fit smartphones up to 7-inches, along with other things like wireless earbuds and sunglasses. 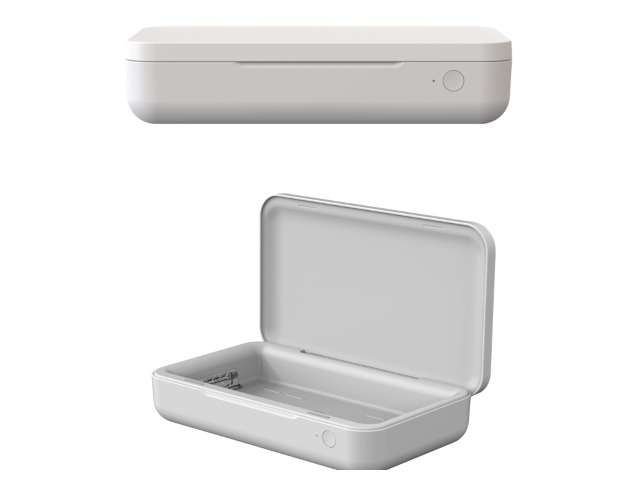 Apart from sanitizing the smartphone inside, the UV sterilizer also doubles as a 10W wireless charger. So, the device can juice up your smartphone while killing off the harmful germs and bacteria, much like Mophie and InvisibleShield’s UV-C sanitization devices.

Currently, the Samsung UV sterilizer is available from select online and retail stores. The device carries a price tag of around $65 (~Rs 4870), which is cheaper than other similar devices.