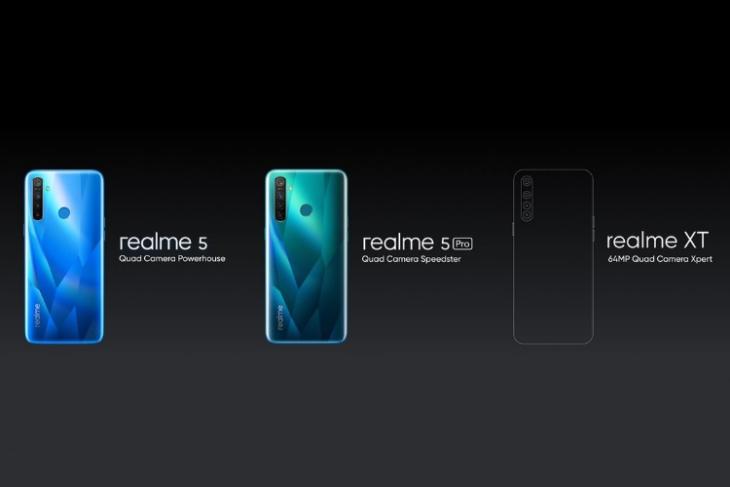 One could say that Realme today kicked off the second phase of their assault against its arch-nemesis Redmi in India. The Chinese giant has just launched two quad-camera phones, the Realme 5 and Realme 5 Pro, to tackle the crowded budget segment. Both the devices are quite powerful, to say the least, but Realme caught us off-guard with the announcement of the name and launch details of its hotly-anticipated 64MP quad-camera smartphone.

While most of us were speculating that it’ll be called the Realme X Pro, well, Realme CEO Madhav Sheth on stage said that their upcoming device will be a 64MP quad-camera Xpert. So, it is only fitting to name this smartphone – Realme XT and it will launch in India towards the end of September. Yes, we will see the Chinese giant return for another smartphone launch next month – in line with their claims of launching the 64MP camera phone before Diwali. 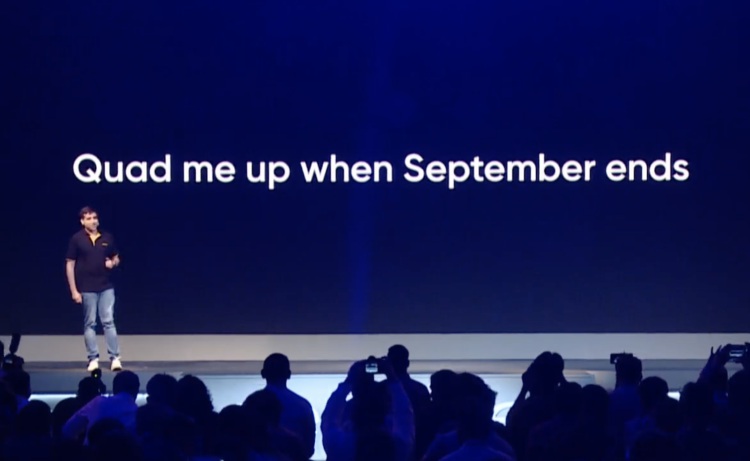 We recently went hands-on with Realme’s 64MP camera phone at its Camera Innovation Event. It’s where the company revealed that it will be using the same Samsung ISOCELL Bright GW1 sensor, which Redmi is baking in its upcoming smartphone.

The Chinese giant was closely following in the footsteps of Redmi for over a year, but it’s now making a leap. Realme has confidence in its quad-camera modules, which is evident with the launch of the Realme 5 series. It aims to continue the same momentum with the launch of Realme XT in the coming month. However, it would be interesting to see if the Realme XT will be the first 64MP camera phone to launch in India.

The Redmi Note 8 is launching in China later this week, possibly with the 64MP sensor in tow, and could land in India really soon. So, we will soon have two 64MP camera phones among us, which makes me both excited and fatigued at the same time. What are your thoughts on this? Too soon to put 48MP cameras in the past? Let us know your thoughts down in the comments section.