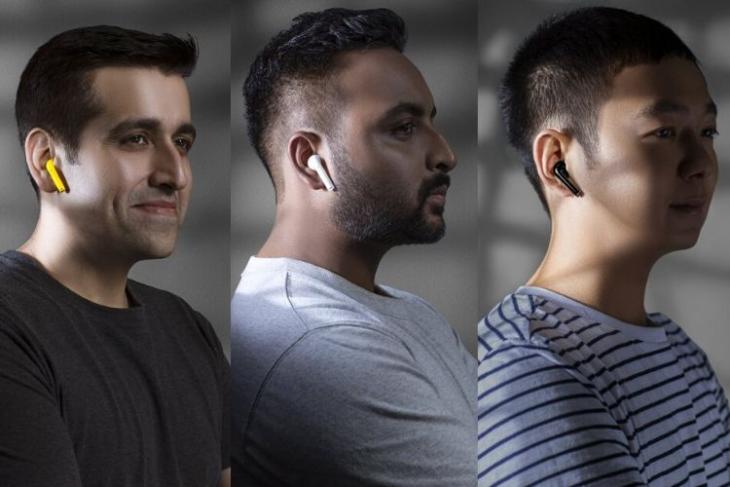 Realme is sprinting to become a well-known lifestyle brand in India. Apart from Realme phones, the company already has a fledgling collection of mobile and audio accessories. But, it’s not stopping there and has already given us a sneak peek at its upcoming truly wireless earbuds at the Realme X2 Pro launch event last month.

Now, Realme India has today gone ahead to tease the wireless earbuds, which hold an uncanny resemblance to Apple AirPods. The teaser image in the tweet, attached below, shows the AirPods-like charging case and the earbuds inside with the caption “Realme Sound in Bold Colours” up-top and “Coming Soon” underneath.

A seamless experience is waiting to turn your world around — ‘real’ sound & a connection you would instantly hold on to in some bold colours! Guess the 3 colours of our upcoming product within one hour and get a chance to win it for real. RT & reply with your answer. #ComingSoon pic.twitter.com/niKi8QsgEr

This teaser hints at the imminent launch of the Realme wireless earbuds, which has been teased to be this month. And while everyone has their eyes set on the Snapdragon 730G variant of the Realme XT, I’m more excited to check out these AirPods-lookalikes.

As we suggested a few weeks ago, Realme will bring its wireless earbuds to India before the Redmi AirDots, which are yet to officially launch in India but could be bought via this simple trick. So, tell us in the comments below – which product are you more excited to check out – Realme XT 730G or truly wireless earbuds?