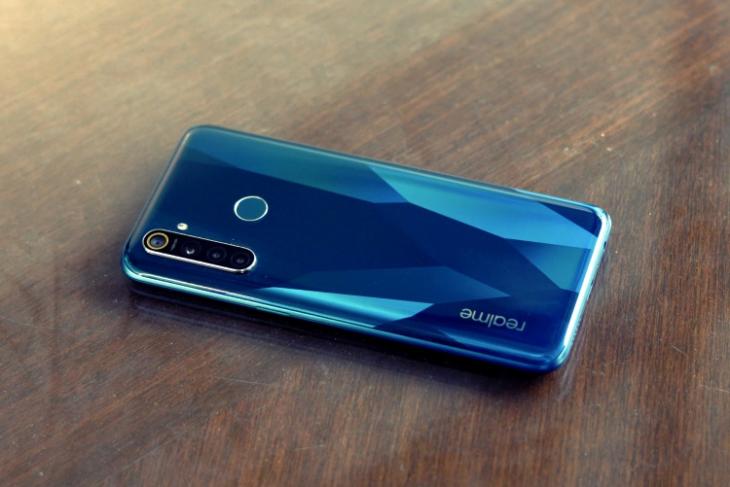 Ever since its inception last year, Realme has been playing catch with its arch-nemesis Redmi to grab a larger share of the Indian smartphone market. It has already drawn in over 9% of the budget users with its value-for-money offerings. Realme now attempts to one-up Redmi by launching its much-anticipated quad-camera smartphone lineup – the Realme 5 and Realme 5 Pro.

Realme is looking to further disrupt the sub-Rs 10,000 and sub-Rs 15,000 smartphone category by offering a well-rounded package with a powerful processor, tall screen, and quad-cameras. So, we shouldn’t waste any more time and check out the details of both these devices:

Starting off with the design, Realme 5 series is taking it back to the old days and offering their signature diamond-cut finish on both the Realme 5 and Realme 5 Pro. The company still uses poly-carbonate back that looks and feels like glass. The diamond-cut pattern is under the glossy exterior (called crystal design) and not ridged – like on the Realme C2 or 3i. It sure is something I prefer for better grip and in-hand feel.

Realme 5 features a massive 6.5-inch HD+ LCD display panel with a mini drop notch. It, however, is difficult to tell if it’s any smaller than your standard waterdrop notch.

The device upgrades on the internals by swapping out the MediaTek chipset on Realme 3 with a recently unveiled Snapdragon chipset. Realme 5 is powered by the Snapdragon 665 chipset, coupled with up to 4GB of RAM and up to 128GB of internal storage. You’ll find a large 5,000mAh battery onboard, which is essential for a prolonged backup. It’s the biggest battery pack on a Realme smartphone. 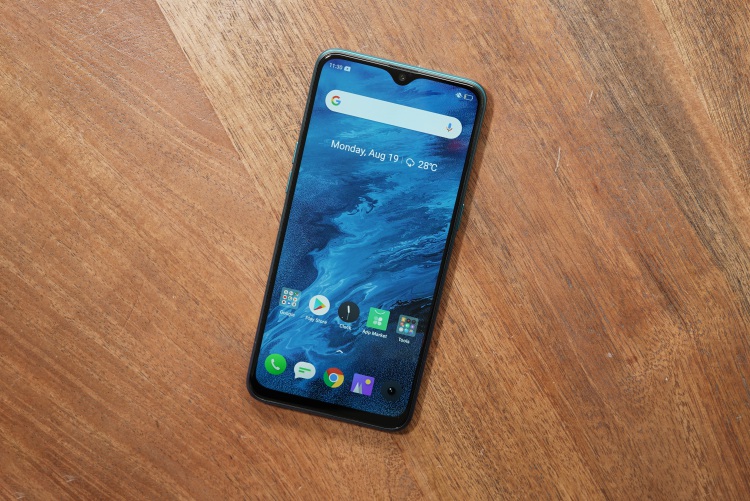 Coming to the highlight of the Realme 5 series, you’re getting a quad-camera module on the rear here. Realme 5 includes a 12MP (f/1.8) primary sensor, paired with an 8MP ultra-wide lens with a 119-degrees FOV, a 2MP macro lens with a fixed 4cm focal length, and a 2MP depth sensor. There’s a 13MP selfie camera sitting in the waterdrop notch up-front. Both the front and rear lenses feature EIS for stabilized videos and crisp hand-held shots.

This smartphone is powered by the Snapdragon 712 chipset, which is only a minor upgrade over the Snapdragon 710 chipset that powers the Realme 5 Pro’s predecessor. This chipset is coupled with up to 8GB RAM and up to 128GB internal storage. 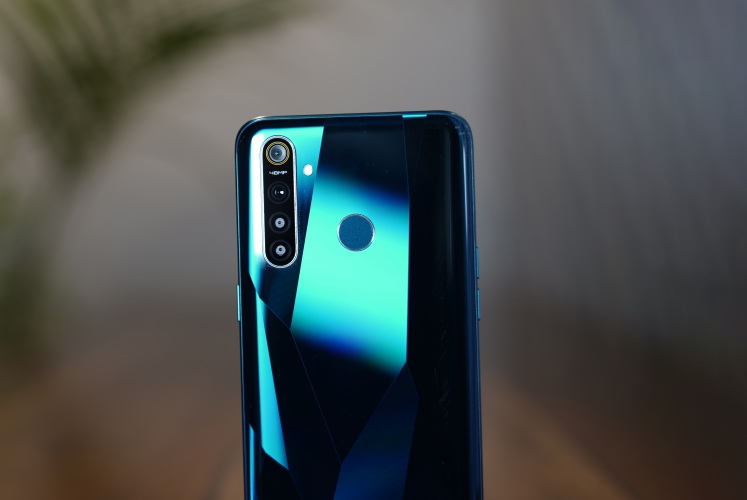 Talking about the cameras, this is the second Realme smartphone to sport a 48MP primary sensor. Realme X was the first device in the company’s portfolio to feature a 48MP sensor. The 48MP Sony IMX586 primary sensor on the Realme 5 Pro comes paired with exactly the same sensor setup as the Realme 5. This means you get along with it an 8MP ultra-wide lens, 2MP depth sensor, and 2MP macro lens.

The Realme 5 Pro comes equipped with a 4,035mAh battery, with support for 20W VOOC 3.0 charging via the USB Type-C port. Both the Realme 5 and Realme 5 Pro are backed by Android 9 Pie-based ColorOS 6. Also, one of the newest additions in the new Realme 5 series is splash protection – which makes it stand tall against p2i protection we’ve seen on recently launched Redmi smartphones.

The Realme 5 series is exclusive to Flipkart but will come to offline stores really soon. You will be able to buy the Realme 5 starting from August 27 whereas the Realme 5 Pro will go on sale from September 4.

Alongside the Realme 5 series, the Chinese giant expands on its accessories portfolio with the launch of a new case, tote bag, and the much-anticipated Realme Buds 2. 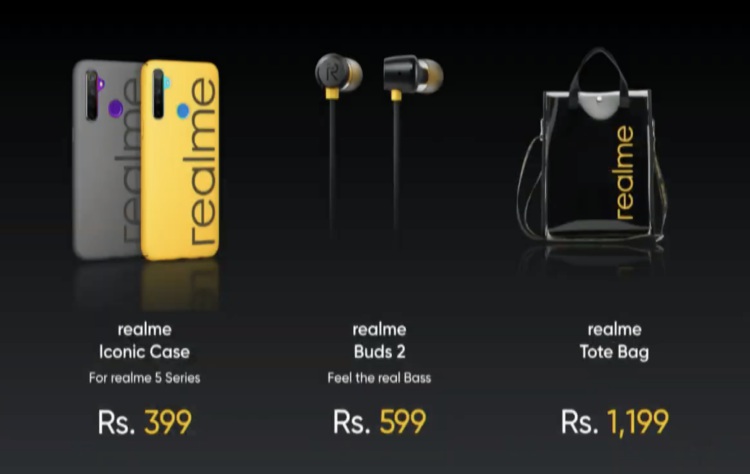 The new case is called Iconic Case, which is exclusive to the Realme 5 series. The Chinese giant is also upgrading its wired earphones with a slight redesign and tangle-free updates. Finally, the tote bag which a lot of you may have seen with journalists after the Realme X China launch, well, it’s now coming to India. You can see the pricing details for all of these accessories above.

So, are you ready to switch to that quad-camera lifestyle? Let us know your thoughts on Realme 5 and Realme 5 Pro in the comments below.