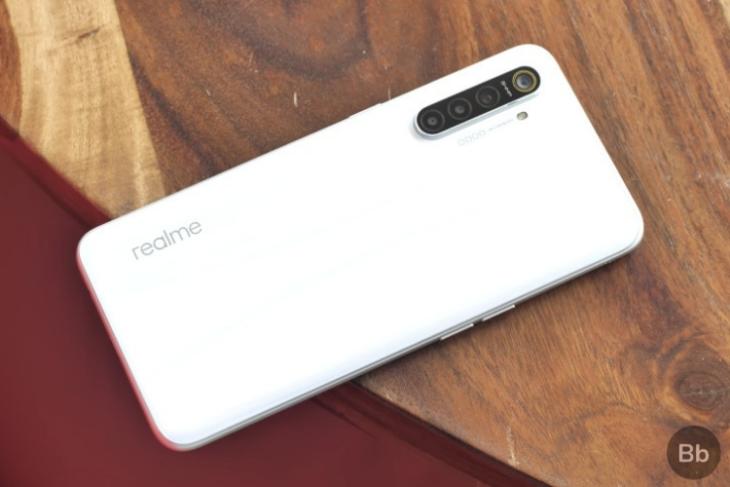 Both Redmi and Realme are racing to offer 64MP cameras to their customers. Redmi Note 8 Pro recently launched in China with a 64MP quad-camera module, just a day after Realme decided to take the wraps off its own 64MP quad-camera-laden Realme XT. Well, Realme XT will be the first 64MP camera phone to launch in India on September 13.

Realme CEO Madhav Sheth today took to Twitter to confirm that Realme XT will launch in India next week. The Chinese giant just recently debuted its first-ever quad-camera lineup, including the Realme 5 and Realme 5 Pro, and well now it’s going to launch another quad-camera phone very soon. Named Project Hawkeye, this will be Realme’s third smartphone to launch in under a month.

And it's time to end the suspense! The #realmeXT will be launched at 12:30 PM on 13th September. Are you XciTed? RT and reply with #realmeXT if you are. pic.twitter.com/TUCBA6ptY7

Well, I know you are excited to get your hands on the first quad-camera device when it officially lands in India. We have already spent some time with the Realme XT last week and you can check out our first impressions on YouTube. We found the 64MP sensor to offer a considerable uptick in image quality as compared to a 48MP sensor.

Everything about the Realme XT is already out there on the Internet, so let me give you the brief version of the specifications here. This smartphone is simply a Realme 5 Pro with a 64MP primary camera. That’s it.

The Realme XT features a 6.4-inch Full-HD+ (1080×2340) Super AMOLED display with a waterdrop notch and in-display fingerprint sensor. It’s powered by the same Snapdragon 712 chipset, which we have already seen on the Realme 5 Pro. It’s expected to be paired with up to 8GB RAM and 128GB onboard storage.

In the camera department, we all know that you will get a 64MP primary sensor made by Samsung. It is the same ISOCELL Bright GW1 sensor that is packed in the Redmi Note 8 Pro. You will also get an 8MP ultra-wide lens, a 2MP macro lens, and 2MP depth sensor – same as the Realme 5 series.

All of the necessary connectivity options, including a headphone jack and USB-C port are onboard here. Realme XT comes equipped with a 4,000mAh battery with 20W VOOC 3.0 charging support.

So, you can see that we basically know everything there is to know about the Realme XT and the launch event is a customary affair at this point. All that’s left to know about this smartphone is the price. But, Realme is going to make a huge deal about the fact that it has become the first phone maker to launch a 64MP quad-camera phone in India, while Redmi Note 8 Pro is still good 8-odd weeks away. What are your thoughts on it? Let us know in the comments down below.

Realme XT with 64MP Quad Camera to Arrive in September