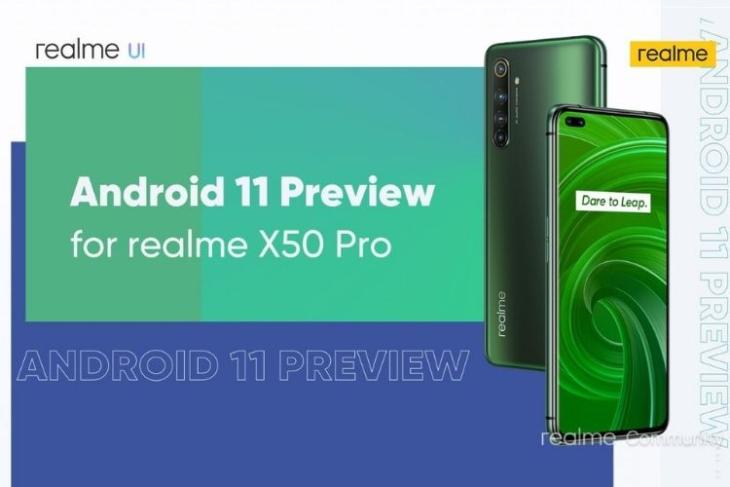 In an official post on its Community Forums, the company invites “hardcore Realme fans to experience the latest developments in Realme UI based on Android 11.” The company aims to select 100 Realme X50 Pro users to test the Android 11 preview release and offer some valuable feedback before the new skin rolls out to a wider audience.

If you are someone who’s eager to test out Realme UI 2.0, then the company details the steps you need to follow to apply for the Android 11 preview release program.

2. Head to Settings > Software Update and tap the ‘Settings’ cog at the top right, as you can see below. 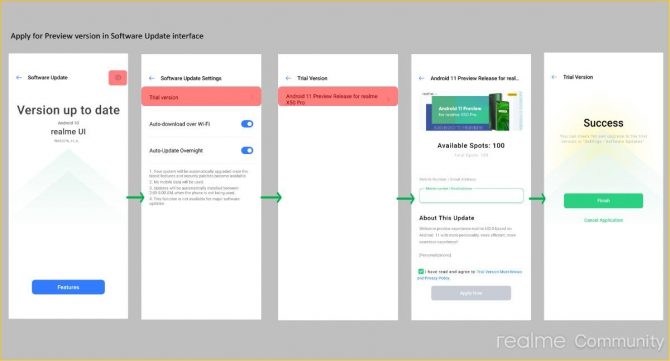 3. You will see a new ‘Trial version’ section here, which on tapping will lead you to the ‘Android 11 Preview Release for Realme X50 Pro’ page.

4. On this page, you will need to input some basic details and voila, you are done. The company has started accepting applications today (8th September) and will announce the 100 users who are lucky enough to test out the Realme UI 2.0 update prior to its official release.

Apart from the said announcement, Realme India CEO Madhav Sheth took to Twitter last night to sneakily reveal that Realme UI 2.0 is coming very soon. The tweet carries an image, showing off the Realme X50 Pro running Android 11 and the Realme UI 2.0 skin. You will have to zoom in quite a bit to see the text on the screen. But don’t worry, we have already done the same for you below. 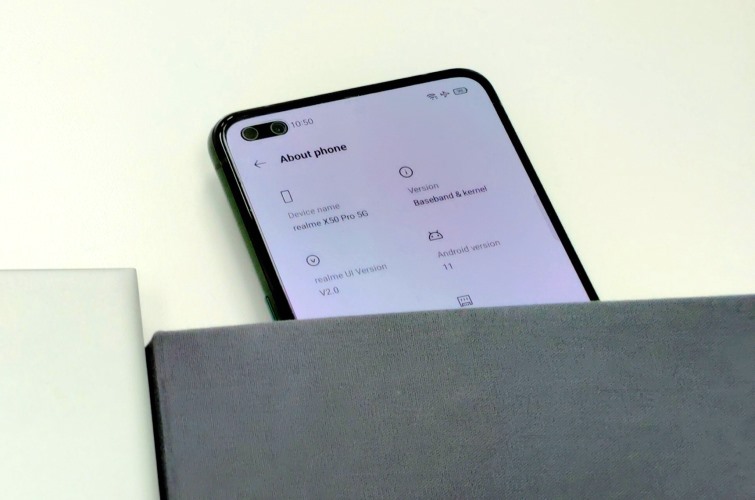 The tweet’s caption reads: “In the last 2 years, we have introduced many Industry-first technologies and features that clearly make us stand apart. I know you guys love it, there is more in store for you!” Sheth is talking about the Android 11 update coming to Realme X50 Pro, which will also give users a first look at some of the Realme UI 2.0 features.

There is currently no information about the new features we can expect to see from the company’s second-gen software skin. Realme UI was a major step in the right direction though and we expect the Chinese giant to greatly improve on it.