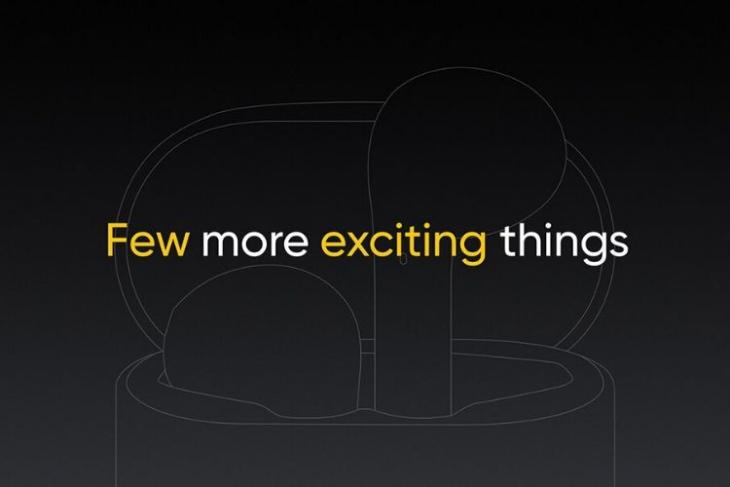 We today saw the launch of Realme’s first flagship smartphone, Realme X2 Pro, in India alongwith a refreshed 48MP variant of Realme 5. The Chinese giant, like it always does, ended the presentation with teasers for upcoming products. And to our surprise, Realme teased its truly wireless earbuds on stage at the event.

Yeah, no kidding. Realme India CEO Madhav Sheth teased the company’s first-ever truly wireless earbuds at the Realme X2 Pro launch. He pulled out what looks like an Apple AirPods clone (check out GIF attached below) from his pocket. The case, as well as the earbuds, are painted in Realme’s yellow color branding.

The teaser image, as well as the real-life look at the earbuds, has me totally confused. A number of phone makers have launched AirPods clones in the past, including Xiaomi and Huawei. But, Realme’s truly wireless earbuds hold an uncanny resemblance to the Apple Airpods.

It could be that the earbuds Sheth had in his hands were not the company’s truly wireless earbuds. I guess we will have to wait for the official launch.

Realme today confirmed that their truly wireless earbuds will launch alongside the much-awaited Realme X2 rebrand, Realme XT Snapdragon 730G, in India in December. Sheth further added that Realme has even more product launches lineup up before the end of 2019. So, stay tuned for more information.