Skip to content
Home News Realme 5s is an Upgraded Realme 5 with a 48MP Camera; Price Starting at Rs 9,999 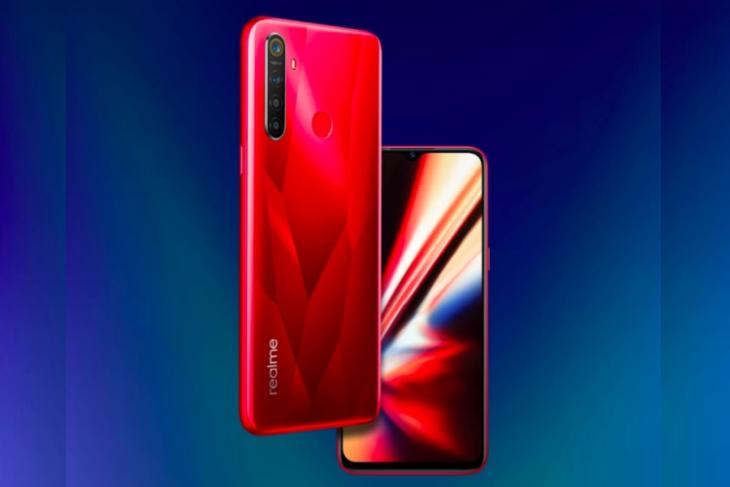 Realme’s master plan of following in the footsteps of Xiaomi has worked wonders for the company over the past 18 months. It has garnered a dedicated fan following and can be labeled a budding lifestyle brand as well. So, Realme would have thought, why don’t we take another cue from our arch-nemesis? And it did.

After teasing a new budget phone over the past week, Realme 5s has today gone official alongside the flagship Realme X2 Pro. The Realme 5s for Realme is what the Redmi Note 7S was to Xiaomi. It upgrades the Realme 5 with the addition of a 48MP primary camera and not much else. Let’s take a quick look –

Realme 5s boasts the same polycarbonate build on the rear, with a quad camera and a physical fingerprint sensor, and Gorilla Glass 3+ protection on the front. There’s a huge 6.5-inch HD+ (720 x 1600 pixels) IPS LCD display on board, which boasts a 20:9 aspect ratio and 82.7% screen-to-body ratio. It has a waterdrop notch up-top, which is housing the 13MP selfie camera.

This smartphone is powered by the Snapdragon 665 chipset, much like Realme 5, coupled with up to 4GB of RAM and 128GB of storage. There’s nothing which has been changed under the hood here. 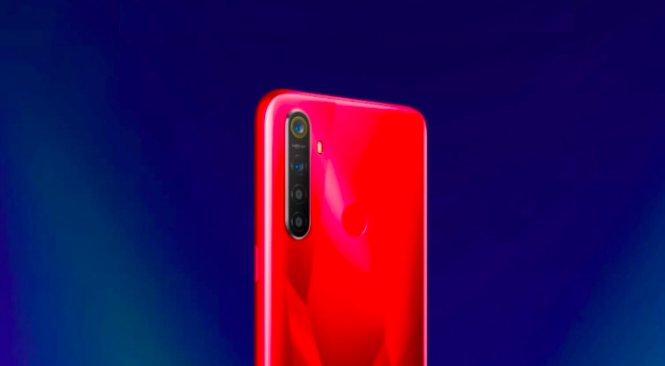 It’s the quad-camera system on the Realme 5 that has received a major upgrade. The primary 12MP (f/1.8) has been swapped out for the popular 48MP (f/1.8) Samsung Bright GM1 sensor. It has been coupled with 8MP ultra-wide lens with a 119-degrees FOV, a 2MP macro lens, and a 2MP depth sensor.

Realme 5s comes equipped with a massive 5,000mAh battery and an 18W fast-charger bundled in the box. The device includes all essential connectivity options and runs the ColorOS 9.1 software experience, based on Android 9 Pie.

Realme 5s has been priced starting at Rs. 9,999 for the 4GB+64GB base variant. But, you will have to shell out Rs. 10,999 for the higher-end 4GB+128GB variant. This device will exist alongside the Realme 5, so it’s not being phased out at the moment.

Realme 5s carries forward the company’s signature “diamond-cut rear pattern” but does introduce a new Crystal Red color. It will be available from November 29 on Flipkart and Realme’s online store.