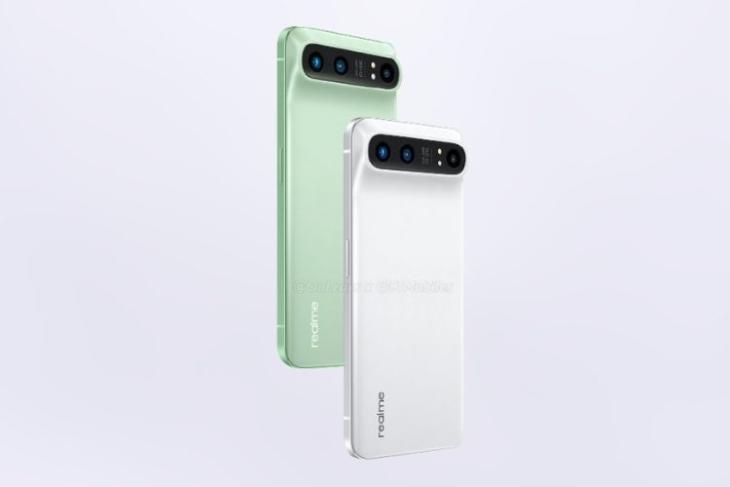 Realme recently announced that it will launch its first smartphone with Qualcomm Snapdragon 8 Gen 1 mobile platform this month. While it was supposed to share the details on December 9, it has now been revealed that it will host a special event on December 20 to launch the rumored Realme GT 2 series.

Realme UK’s official Twitter handle shared a teaser image, thus, revealing the launch date. The Realme GT 2 series launch will take place via a virtual event scheduled for 9:00 AM GMT (or 2:30 PM IST) and will be live-streamed through the company’s social media platforms. However, the tweet was later deleted. There are chances that more details will be revealed soon.

The smartphone is expected to come with a 6.8-inch WQHD+ OLED display with support for a 120Hz refresh rate. It could support up to 12GB of RAM and 256GB of storage. Camera-wise, the device is likely to feature a 50MP GR lens, a 50MP ultra-wide camera, and an 8MP telephoto lens. You are likely to find a 32MP under-display front camera onboard as well. Other Realme GT 2 Pro details include 125W fast charging, an in-display fingerprint scanner, and more.

As for the design, it is expected to get a Nexus 6P-like design, which will be totally different from the existing Realme phones. It is likely to start at $799 (around Rs 60,000).

One thing to note is that there’s no word on when the GT 2 series will launch in India. Although, we can expect a launch in early 2022 in the country. Since we are a few days away from the official announcement, stay tuned to see how the phone turns out to be.