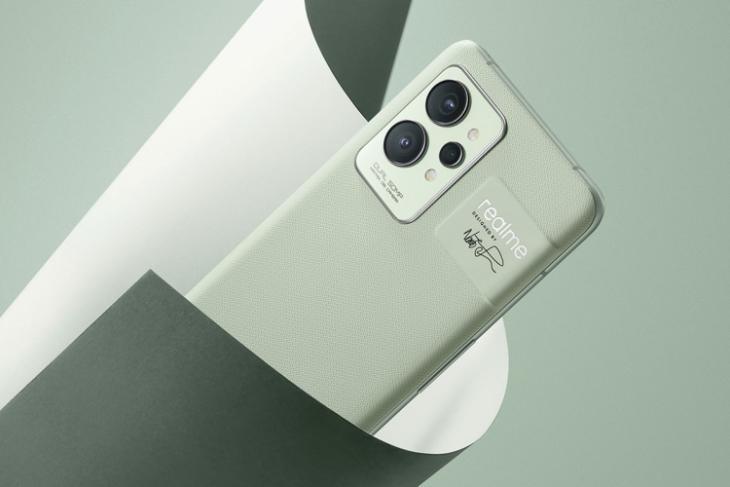 Today morning, we got to know that Realme had accidentally revealed the India launch date of its 2022 flagship Realme GT 2 Pro (which was April 7) via a tweet. But Realme took down the tweet immediately. Hours later, the same April 7 launch date for the unveiling of the Realme GT 2 series in India has officially been confirmed at the FDCI x Lakme Fashion Week.

The Realme GT 2 Pro will be launched in India on April 7 at 12:30 pm. While it is most likely to be an online event, we are yet to get a confirmation, given that physical events have started taking place in the country.

The company has also reiterated its steps for a sustainable environment at the Lakme Fashion Week. The Realme GT 2 Pro is the world’s first smartphone made up of an eco-friendly biopolymer material to reduce the carbon footprint and has also been awarded the Sweden-based TCO Development certificate.

With the GT 2 Pro, the company aims to reduce carbon emission by 30% and achieve ‘Double Zero’ emissions organizationally by 2025. However, there’s no word on whether or not the Realme GT 2 will launch in India too.

To recall, the Realme GT 2 Pro, which was recently made global, features a Paper Tech Master design and involves a rectangular camera bump with big camera housings. It is also one of the first Snapdragon 8 Gen 1 smartphones to be unveiled earlier this year.

The camera department is home to a 50MP main camera with a Sony IMX766 sensor, a 50MP ultra-wide camera with a 150-degree field of view, and a micro-lens. There’s a 32MP front camera. It is backed by a 5,000mAh battery with 65W fast charging and runs Android 12-based Realme UI 3.0.

Other noteworthy features include HyperSmart Antenna Switching technology, Wi-Fi Enhancer, 360-degree NFC, a stainless steel vapor cooling plus system, and more. Since all the details are already available, the only suspense over here is the price. Hence, stay tuned to unfold all these details at the April 7 launch event in the country.