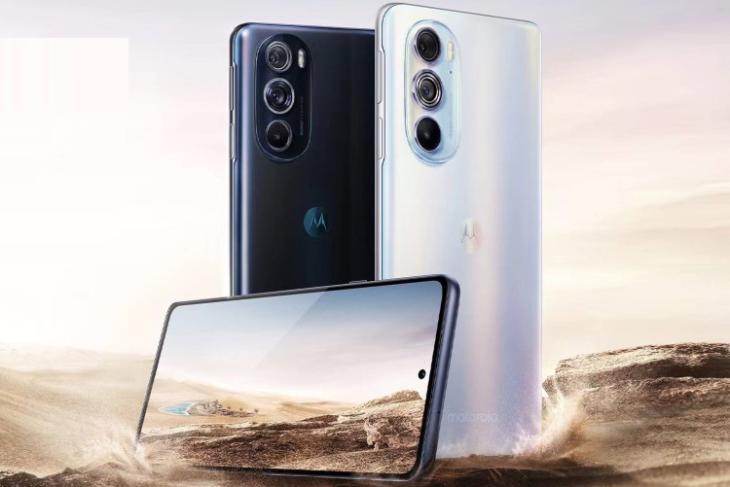 After sharing a number of official teasers, Motorola has finally launched the world’s first Qualcomm Snapdragon 8 Gen 1 smartphone – the Moto Edge X30 – in China. The smartphone comes with a few firsts. It is the first smartphone to be backed by the new flagship Snapdragon 8 Gen 1 chipset, 68W fast charging, and more. The company has also announced a special edition of the Edge X30, which gets an under-display 60MP front camera. Here’s a look at all the details.

Let’s start with the design. The Edge X30 comes with an elongated pill-shaped rear camera bump, which houses three cameras, and a center-placed punch-hole display on the front. It also gets the company’s logo and a dedicated Google Assistant button, much like existing Motorola phones.

The smartphone has a 6.7-inch Full-HD+ AMOLED display with support for a 144Hz refresh rate and a 576Hz touch sampling rate. It comes with 10-bit color management for the production of 1 billion colors and HDR10+ support. As you already know, the Moto Edge X30 is powered by the Snapdragon 8 Gen 1 chipset. It supports up to 12GB of LPDDR5 RAM and up to 256GB of UFS 3.1 storage.

Turning our attention to the cameras, there are three at the back. That includes a 50MP main camera, a 50MP ultra-wide lens, and a 2MP macro camera. The highlight of the Edge X30 will, however, have to be the 60MP selfie camera. Yeah, this smartphone has a 60MP punch-hole camera in three configurations. But there’s also a special edition Moto Edge X30 variant with a 60MP under-display selfie camera, and we are truly excited to see how the photos from this selfie camera turn out.

As revealed previously, the Moto Edge X30 gets its fuel from a 5,000mAh battery, which supports 68W fast charging. It runs near-stock Android 12 (with MyUX 3.0), which is another first for Motorola. Additionally, the device comes with support for dual speakers with Dolby Surround Sound, multi-functional NFC, 5G support, and more.

Apart from the Moto Edge X30, the company has also launched another smartphone under its Edge series called the Moto Edge S30 in China today. The smartphone closely resembles the X30 in terms of design but differs in terms of specs. It comes with a 6.8-inch Full HD+ LCD display and with support for a 144Hz refresh rate and 576Hz touch sampling rate. It is powered by the Qualcomm Snapdragon 888+ chipset from last year. You will also find up to LPDDR5 RAM and up to Turbo UFS 3.1 storage onboard.

It comes with 13MP triple rear cameras and a 16MP front camera. The smartphone is backed by a 5,000mAh battery and runs Android 11. It supports Dolby Atmos, Wi-Fi 6E, and more. As for its pricing, the Moto Edge S30 will retail starting at CNY 1,799 (~Rs 21,300) for the 6GB + 128GB base variant. As for the configurations, the prices have been listed below:

The flagship Moto Edge X30 has been priced starting at CNY 3,199 (~Rs 37,900) for the 8GB+ 128GB base variant with a punch-hole selfie camera in China. You can find the price of the rest of the configurations right below:

It will be available to buy in China, starting December 15. However, there’s no word on when it will reach other markets, including, India.