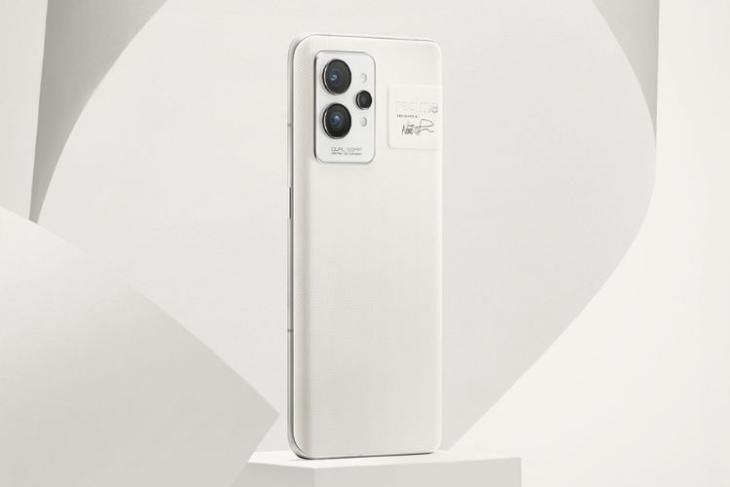 After a China launch (which was followed by a global launch), Realme has finally brought its flagship smartphone, the Realme GT 2 Pro, to India. The GT 2 Pro is one of the first Snapdragon 8 Gen 1 phones, features an eco-friendly chassis, has various exciting camera features, a 2K AMOLED display, and there’s more in the bag. So let’s look at the details:

The Realme GT 2 Pro has been launched starting at a Rs 49,999 price tag for the 8GB + 128GB base variant in India. You can check out the price for both the configurations right here:

The Realme GT 2 Pro will be up for grabs, starting April 14 via Realme.in, Flipkart, and offline stores. Interested people can get an instant discount of Rs 5,000 on the use of HDFC Bank and SBI Bank cards and a free Realme Watch S worth Rs 4,999.

A Look at Realme GT 2 Pro Specs and Features

The Realme GT 2 Pro features a Paper Tech Design, which involves the use of biopolymer material for the phone’s body as a contribution toward a sustainable environment. It is the world’s first smartphone to come with one and has been designed in partnership with Japanese designer Naoto Fukasawa. GT 2 Pro comes in Paper White and Paper Green colorways. There’s also a Steel Black option with a frosted metallic finish.

The GT 2 Pro comes with a design similar to its predecessor, except for a few tweaks here and there. You get a rectangular camera hump at the back with two big camera housings and a small one, along with a punch-hole display.

There is a 6.7-inch 2K LTPO 2.0 AMOLED display with support for a 120Hz refresh rate, 1400 nits of peak brightness, MEMC, and a layer of Corning Gorilla Glass Victus. As known to all, the phone is powered by a Snapdragon 8 Gen 1 chipset, paired with up to 12GB of RAM and 256GB of storage.

The camera department is also exciting. You get to use a 50MP Sony IMX766 main camera, a 50MP ultra-wide lens with a field of view of 150-degrees, and a microlens with up to 40x zoom. A 32MP selfie shooter is also present. Some noteworthy camera features include a Fisheye mode, ProLight tech, AI Nightscape Video, and more.

Realme GT 2 Pro is also home to a 5,000mAh battery that supports 65W fast charging. It runs Realme UI 3.0 based on Android 12 and will receive 3 years of major Android updates and 4 years of security updates. The phone includes features like an improved stainless steel vapor cooling system, and Realme GT mode 3.0, among others.

And as revealed previously, the GT 2 Pro gets a few world’s first features onboard, including, HyperSmart Antenna Switching technology, a Wi-Fi Enhancer, and 360-degree NFC. Realme has also announced that the Realme GT 2 will also arrive in India soon. Plus, the company is all set to open its first flagship store in India, which will be located in Ahmedabad.