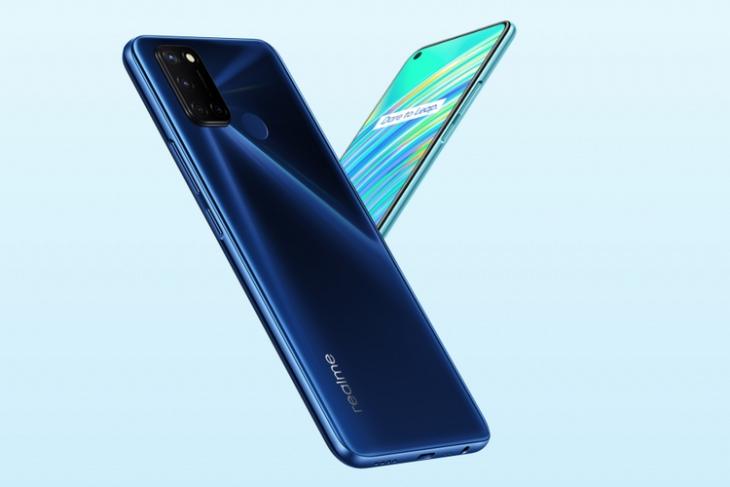 In September, Realme launched the Realme C17 with Snapdragon 460 chipset, a 90Hz LCD display, and a massive 5,000mAh battery in Bangladesh. It looks like the company is finally preparing to bring the device to India.

According to tipster Mukul Sharma, Realme C17 will launch sometime in late November or early December in the country. In a follow-up tweet, he also says it is possible that Realme might launch the device along with the Realme X7 series that made its debut in China last month.

Provided there are no last moment changes, the Realme C17 is set for launch late November or early December in India.#Realme #RealmeC17

To recap the specifications, the Realme C17 sports a 6.5-inch HD+ 90Hz IPS LCD display with 1600 x 720 pixel resolution. As mentioned above, the device is powered by Snapdragon 460 chipset and you get 6GB of RAM and 128GB of internal storage.

As far as the cameras are concerned, the quad-camera setup on the Realme C17 includes a 13MP (f/1.8) primary sensor, an 8MP ultra-wide lens with 119-degree FOV, a 2MP macro lens, and a 2MP monochrome lens. For all your selfie and video calling needs, Realme has packed an 8MP front camera.

The 5,000mAh battery on the Realme C17 also supports 18W fast charging. In terms of software, the device runs on Android 10 with Realme UI custom skin. Going by the converted prices, the handset will cost somewhere around Rs.14,000.

The rumored launch timeline of the Realme C17 is quite strange, considering that the company will miss out on the Diwali festive sale. Realme might be considering to sell devices in its current lineup during the Diwali season before introducing better offerings. However, Realme has not officially confirmed the launch date yet and we could expect teasers in the coming weeks if the company has plans to launch the device anytime soon.