Realme continues to expand its 5G smartphone portfolio with the launch of the new Realme X7 series in China today. Both of these phones are powered by a MediaTek Dimensity chipset, feature an AMOLED display, 64MP quad-camera array, and 65W super-fast charging out-of-the-box. Realme X7 and Realme X7 Pro are looking to not only give you 5G connectivity for cheap but also the best value-for-money offering.

Realme X7 Pro boasts an AG-Split design with a psychedelic color gradient and a huge ‘Dare to Leap’ logo on the rear.  The device is only 8.4mm in thickness and weighs 184 grams. It includes a quad-camera cutout on the rear and an AMOLED display with an in-display fingerprint sensor and a punch-hole cutout on the front.

The device features a 6.55-inch Full-HD+ AMOLED panel with a 120Hz refresh rate and a 240Hz touch response rate. The display boasts a 2400 x 1080 resolution, 100% DCI-P3 wide color gamut, and up to 1200 nits of peak brightness. It also uses COP packaging technology to reduce the size of the bottom bezel. 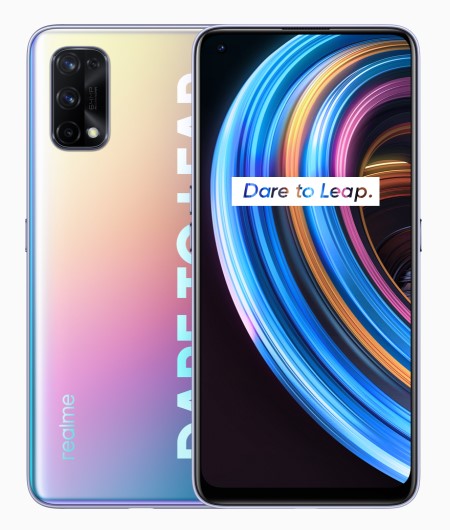 Under the hood, the Realme X7 Pro is powered by the MediaTek Dimensity 1000+ chipset that was announced only a couple of months ago. You will find up to 8GB of RAM and up to 256GB of storage aboard this smartphone. It runs Android 10-based Realme UI out-of-the-box.

Realme also boasts that the X7 Pro includes a five-fold heat dissipation system, which is composed of a large vapor chamber, copper foils, thin graphite sheets, and several other materials. The total heat dissipation area is as high as 15,509 square millimeters, as per the official listing. 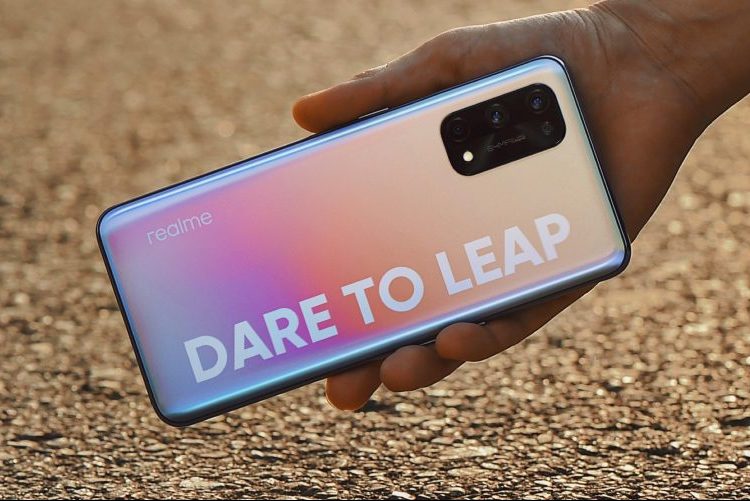 The quad-camera cutout on the rear is helmed by a primary 64MP Sony IMX686 sensor. You will also find an 8MP ultra-wide camera with a 199-degree FOV, a 2MP macro lens, and a 2MP depth sensor. The punch-hole cutout at the top left houses a 32MP selfie camera on the front.

Realme X7 Pro also comes equipped with a 4,500mAh battery with 65W SuperDart charging support via the USB Type-C port onboard. It is capable of fully charging the battery in just around 35 minutes, which is amazing at this price point. The device also includes a 3.5mm headphone jack, Wi-Fi 6, dual-mode 5G, and Bluetooth 5.0 support.

The standard Realme X7 boasts the same design as the Pro variant but they are a few major differences across the board here. The device includes a slightly smaller 6.4-inch Full-HD+  AMOLED display that does not boast a higher refresh rate. It has a standard 60Hz refresh rate – the same as the rumored Realme 7 Pro that launches in India later this week. 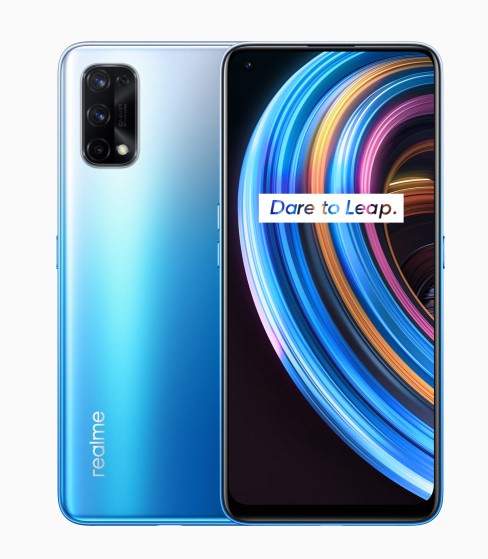 Realme X7 is even thinner than the Pro variant at 8.1mm and weighs only 175grams. A major point of difference between these two phones is the chipset under the hood. This smartphone is powered by the newly announced Dimensity 800U chipset, coupled with up to 8GB of RAM and 128GB of storage.

The quad-camera system aboard the Realme X7 remains the exact same but the 64MP Sony sensor aboard the Pro variant seems to have been swapped out for another 64MP sensor. It also includes an 8MP ultra-wide, a 2MP macro, and a 2MP depth sensor.

Realme X7 includes a smaller 4300mAh battery but it also supports 65W SuperDart charging, which makes this smartphone capable of being fully charged in around 30 minutes. The device also includes a 3.5mm headphone jack, Wi-Fi 6, dual-mode 5G, and Bluetooth 5.0 support.