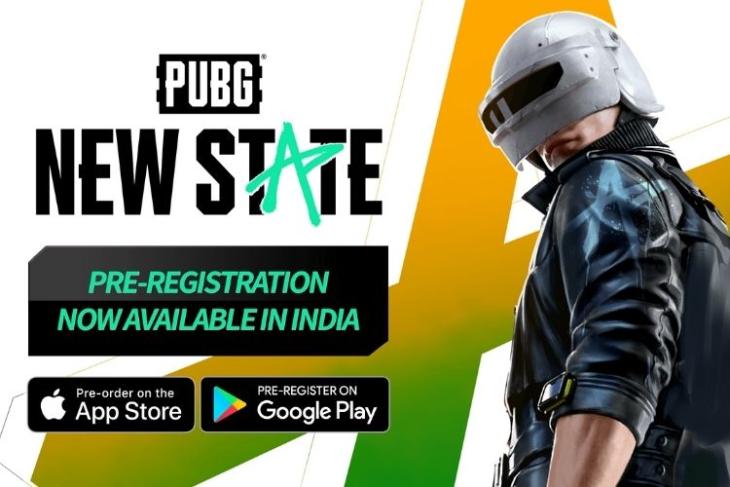 Before re-launching PUBG Mobile as Battlegrounds Mobile India (BGMI) earlier this year, Krafton announced a new mobile title under the PUBG branding dubbed as PUBG: New State. Although the game was up for pre-registrations in the US and other regions in February this year, Krafton focused on releasing BGMI in India at the time. However, now the company is aiming to release the title in India next month. Pre-registrations for the game went live on the Google Play Store and Apple App Store in India recently.

Now, for those unaware, PUBG: New State is a brand new mobile title based on the existing Battle Royale format. Although it is similar to PUBG Mobile, the game adds various new elements, items, and environments for the players to experience futuristic gameplay. You can check out the official trailer of the title right below.

The game is set in the year 2051 and adds a new futuristic map for the players to enjoy. Although it has similarities with the Erangel map in PUBG, there are various new areas with futuristic buildings, structures, and vehicles. The weapons in PUBG: New State also look similar to the PUBG counterparts. However, they come with advanced sights and scopes that add a sci-fi look.

Krafton initially announced that it will not bring PUBG: New State to India as the company wanted to focus on the release of BGMI and its improvements. However, citing the immense interest in mobile gaming in India, the company recently announced to release the title in the country via an official press release.

“Knowing that PUBG IP from KRAFTON is enjoying countrywide popularity in India and our Indian fans have high interest in the launch of PUBG: NEW STATE in India, we at PUBG STUDIOS are doing our best to offer a battle royale experience only we can deliver based on the stable service for our Indian fans,” the company said in a statement.

Now, coming to the pre-registrations part, PUBG: New State is currently available for pre-registration on both Android and iOS. The game will be available to download from the Google Play Store and the Apple App Store once it officially releases in India.

The App Store listing of the game states that it is expected to release on October 8. Moreover, players who will pre-register for the title will receive exclusive in-game items, including a vehicle skin. So, if you are a PUBG fan, we would suggest you pre-register for PUBG: New State from the links above right away.