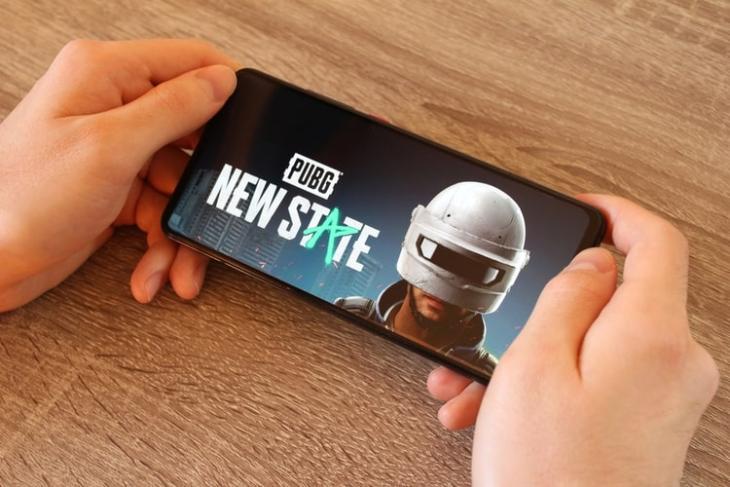 Krafton has announced the first major update for PUBG: New State, which has now attained a new milestone of more than 45 million downloads globally. The new update brings a new theme to celebrate the holiday season. Along with that, the game has also introduced Survivor Pass Vol. 2, a new weapon, weapon customization options, and new vehicles.

PUBG: New State announced the update via a Twitter post, which has started rolling out to all iOS and Android users. It has also released official patch notes to detail the new changes introduced in the first PUBG: New State. Here’s what’s coming!

Krafton has added a new holiday-based theme for the in-game lobby. The company added new winter-themed music and other holiday elements like a Christmas tree, a snowman, and more. Along with adding the theme to the lobby, the BP store also got the same treatment.

Survivor Pass Vol. 2 is the second season of the game’s battle pass and is based on a character named Bella, who belongs to the Dream Runners Faction in the game. Players can complete the story missions to collect Bella’s costumes for their collection.

Other than this, the company has upgraded the level rewards for its paid Premium Pass, adding new vehicle skins and character costumes, BP Chests as a free reward, and more.

Along with the visual and BP changes, Krafton added a brand new gun to the PUBG: New State title. The new L85A3 is an assault rifle, which uses 5.56mm ammunition, and deals the highest damage in its category. It can be found both on Erangel and Troi and is designed to perform well in mid to long-range firefights.

With this update, Krafton has also added various gun customization options for players for guns like the M416, the new L85A3 rifle, and the SLR. So, players will be able to attach a vertical foregrip to the L85A3 gun, a long barrel to the M416, and a 5.56mm barrel to the SLR.

There are some pros and cons to using these attachments for the guns, which you can check out in detail in Krafton’s patch notes for the first major PUBG: New State udpate.

Apart from adding new weapon and weapon customizations, Krafton has also added two new vehicles in the game, namely Electron and Mesta. The Electron is a minivan that can accommodate 6 players in the game. It is designed to be more durable than other vehicles and players will be able to switch seats when riding with a full squad. It is available in Troi and the Training Ground.

Coming to Mesta, it is a retro-looking, 2-seater sports car that can quickly accelerate and hit top speeds. It comes in two models – standard and open-top. It can be useful for players to flee an intense firefight with its high-speed capabilities and is available in Erangel, Troi (certain areas), and Training Ground in PUBG: New State.