Skip to content
Home How To Predictive Emoji Keyboard Not Working in iOS 13? Here is the Fix

If messaging has become more fun-loving than ever before, emojis have probably played a key role in spicing up the whole affair. Be it the hilarious face with tears of joy, winking face with tongue or the zipper mouth, we have all sorts of emojis to communicate – courtesy tons of emoji keyboards. To further enhance conversation using these cool animated images, iOS offers real-time emoji suggestions for certain words (i.e love, heart, cool and more) so that you can seamlessly emojify the whole message. Unfortunately; for some iPhone and iPad users, the predictive emoji keyboard is not working on iOS 13. If the issue has caused the predictive emoji keyboard to go berserk on your iOS device as well, give a chance to these possible solutions as they can rescue you.

Thinking what sort of tricks you may have to try out get rid of this problem? Let’s get it out of the way first up!

So, What’s the Workaround?

Well, we would first give a fresh start to the predictive emoji keyboard to clear away random glitches. In most cases, it can resolve the problem. If that fails, we would reboot the keyboard dictionary, wiping out all the saved custom words. From what I have experienced, it does the trick quite reliably. Apart from these two solutions, there are a few trusted troubleshooters that can come into the picture like last resorts. Now that you know what’s coming up, let’s get down to business, shall we?

Whenever the predictive keyboard doesn’t seem to work expectedly, the first trick that I always try to get rid of the issue is to give it a reboot. And with reboot, I mean toggling the predictive switch to off/on. So, I’m going to bank on this fairly trusted troubleshooter this time as well. To get it done, navigate to the Settings app -> General -> Keyboard. Now, turn off the switch for Predictive. Then, restart your iPhone. After that, return to the keyboard setting again and then toggle on the Predictive switch. 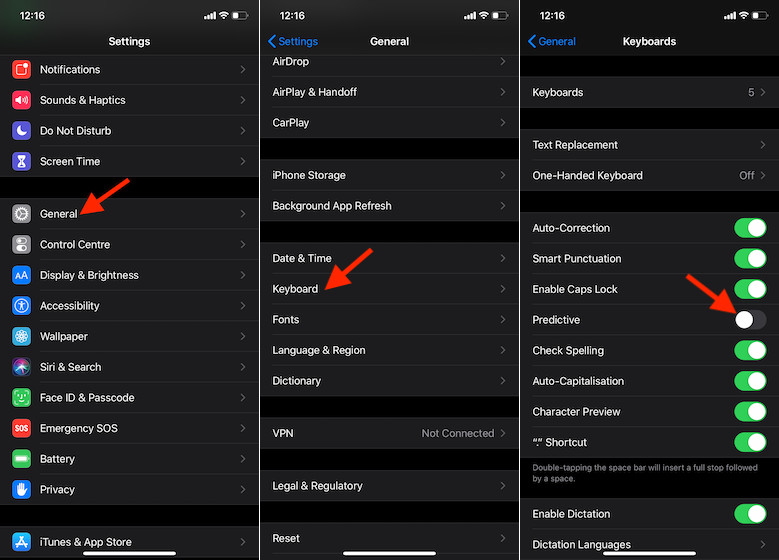 Next, open the Messages app and type in a message. Now, whenever you type in certain words (i.e happy, sad, cool, heart, love) corresponding emoji suggestions will pop up right above the keyboard. Simply select it and you are good to go. 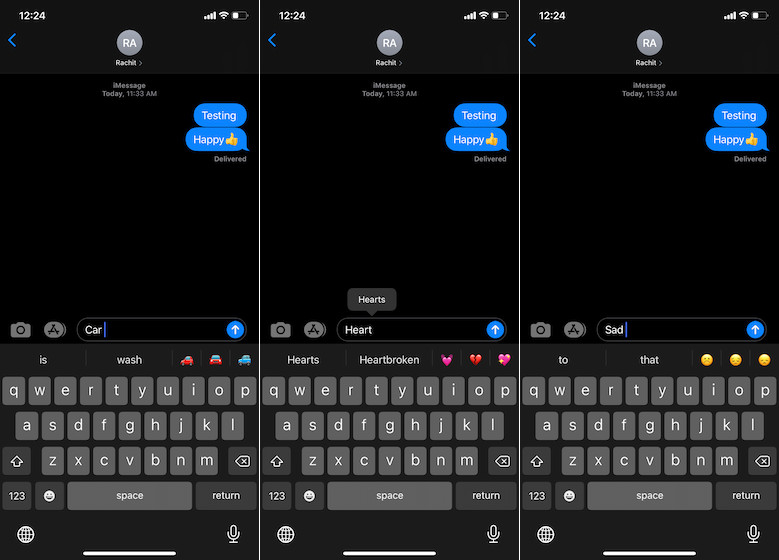 At times, resetting the keyboard dictionary to factory default works in not only speeding up the keyboard but also fixing some miscellaneous glitches that tend to sneak in once in a while. So, if the first trick hasn’t resolved the predictive emoji keyboard issue on your iOS 13 device, try it out as well. Do note that it will wipe out all the custom words which you had typed on the keyboard. 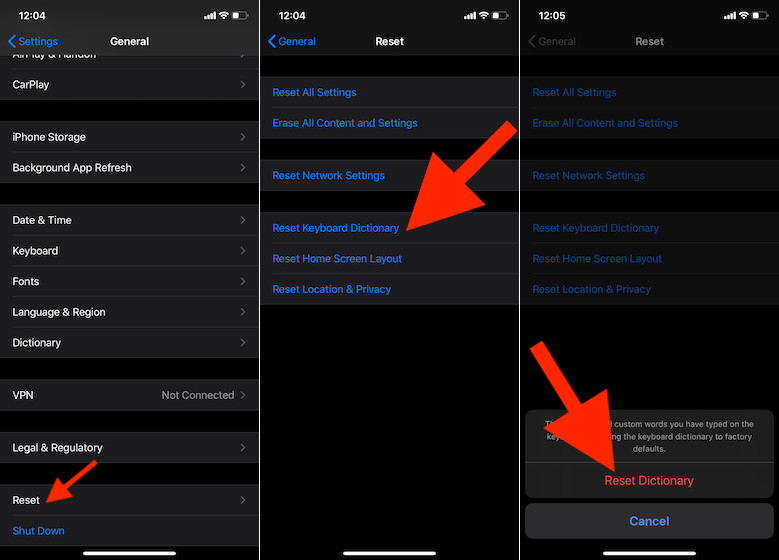 No breakthrough as yet? Bother not as we still have a few tricks left to try. Now, we are going to remove the emoji keyboard and re-add it. As many iOS users have found success with this hack, I hope it clicks in your favor as well. Launch Settings app -> General  -> Keyboard -> Keyboards -> Edit. Now, tap on the red button to the left of the Emoji keyboard and then hit the Delete button. In the end, tap on Done to finish. Then, force quit the Settings app. 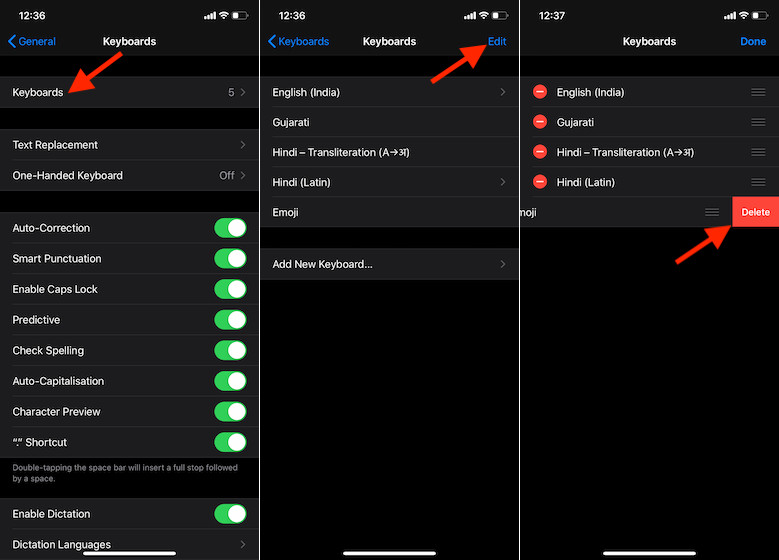 Now, return to Settings app -> General  -> Keyboard -> Keyboards ->  Add New Keyboard option. Under the Suggested Keyboards section, select Emoji. Once you have re-added the emoji keyboard, open an iMessage conversation and try typing words like happy, cool, heart to see if the problem is gone. 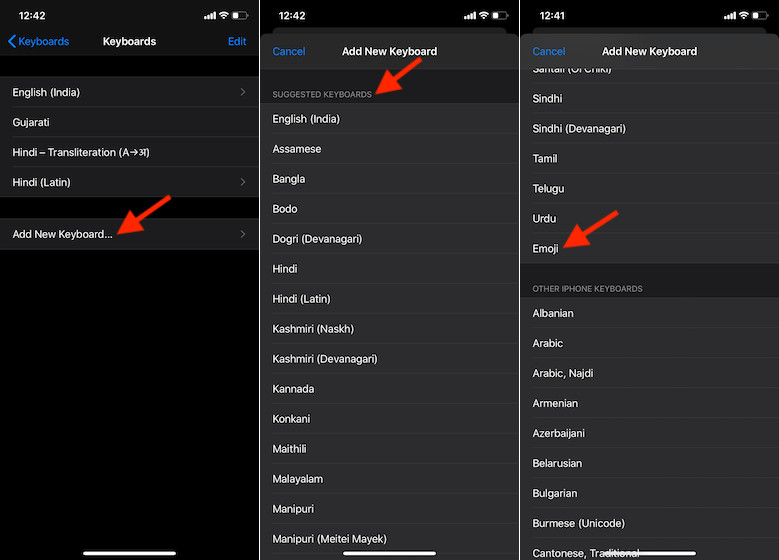 Update iOS on Your iPhone and iPad

If the problem hasn’t been sorted out as yet, I think a hidden bug could very well be at fault. Given how buggy and unstable iOS 13 has been due to a host of issues related to Wi-Fi, Bluetooth, and even AirDrop, putting the blame on a miscellaneous bug wouldn’t be wrong. And if it happens to be the scenario, your best bet to overcome the problem is to update the software on your device. Simply head over to Settings app -> General  -> Software Update and then do the needful. 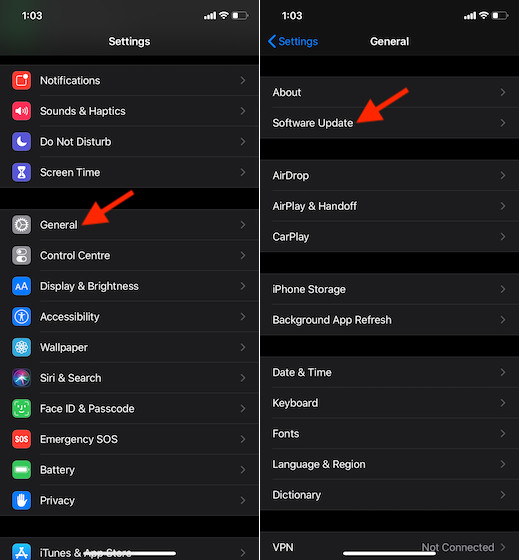 I hope you have finally resolved the predictive emoji keyboard problem on your iDevice. So, which one of the above solutions worked for you? It would be great to know your feedback. Besides, if you know any other way of solving this issue, do not forget to let us know about that as well in the comments section down below.