WiFi issues have been around for ages on iOS. Whether it was the highly impressive iOS 7, bug-ridden iOS 11 or the feature-packed iOS 12, all of them encountered WiFi problems at some point or the other. And the long-living ghosts have already started haunting iOS 13. Recently, a large number of iOS users (including those running iOS 13) have encountered the “WiFi disconnects when iPhone is locked” issue. I myself had run into the same problem on my iPhone XR during iOS 13 beta testing. As the operating system was still a work in progress, I didn’t pay any heed to the problem thinking Apple would sort it out when the official version rolls out. But that (unfortunately) wasn’t to be. Now that it has become too prevalent to ignore, I thought I should share some of the possible solutions that could fix this weird “WiFi disconnects when iPhone is asleep problem”.

Talking about the solutions, they have clicked for many iPhone users (including me) in troubleshooting the Wi-Fi problems. So, you can expect the tried-and-tested hacks to favor your luck as well. As to which trick you should try to get rid of the issue, start with the first one (mentioned below) and then check if it has solved the “Wi-Fi disconnects when iPhone is locked issue” or not. If you get lucky in the very first attempt, rejoice. If not, move on to the next trick. Now that you know the rule of this troubleshooting guide, let’s cut the chase for the better!

A Quick Tip Before Going Ahead

A hard reboot has long been (kind of) a savior for iOS, especially when fixing some common issues like crashing, freezing, and even Wi-Fi issues. So, don’t overlook this little hack as it could save you a lot of time and of course patience.

Once your iPhone has rebooted, check out if the “WiFi disconnects when iPhone is asleep problem” is gone. If it has, you are ready to go. If not, there is no need to be disappointed as there are many other tricks to overcome the problem.

Forget the Wi-Fi Network and Reconnect to It

Whenever I Have run into Wi-Fi issues on my iOS devices, I have never failed to try out this trusted hack. And I must say that it has solved the problems many a time. So, based on my experience, I would suggest you try it out as well. Simply open Settings app > Wi-Fi > tap on the information button right next to the Wi-Fi network. Then, choose “Forget This Network” and confirm. Now, go back and log in to the Wi-Fi network again. 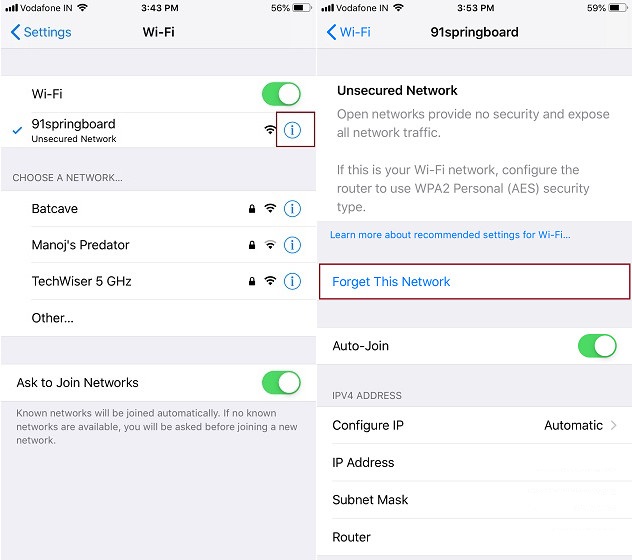 If the above step doesn’t solve your problem, you should try renewing the lease of your network. When you connect to a Wi-Fi network, you are given an IP address that identifies your device on the network. What renewing the lease does is that it reassigns the IP address and renews the wireless connection to the network. For me, this process has had a significant success rate in solving the “Fix iPhone WiFi disconnects issues”. To renew the lease of your network, launch the Settings app and then go to WiFi and tap on the information button right next to the Wi-Fi network. Now scroll down to find the “Renew Lease” button and tap on it. 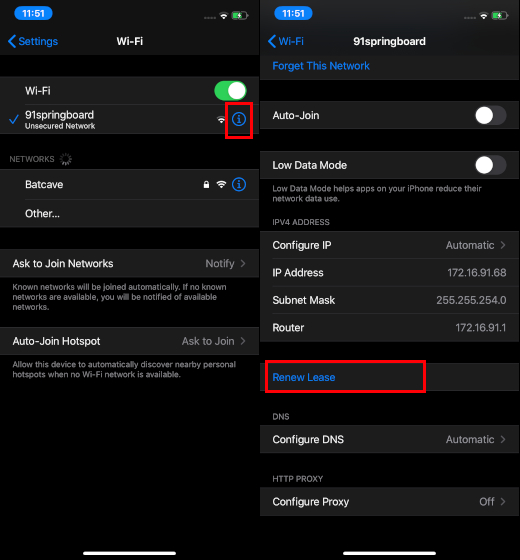 Are you using a VPN on your iPhone? It might be the reason behind the Wi-Fi issues on your iOS device. So, if the above tricks haven’t fixed this problem, try disabling the VPN to see if it solves the problem. To get it done, go to Settings > General > VPN. And then, turn off the toggle for active PVN. 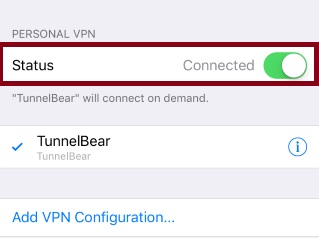 Some users who had run into this problem have stated that disabling the Wi-Fi Networking Services has helped in fixing it. Therefore, it’s apt to have a go at this solution as well. To do it, head over to  Settings> Privacy > Location Services > System Services. After that, turn off the switch for Wi-Fi Networking. 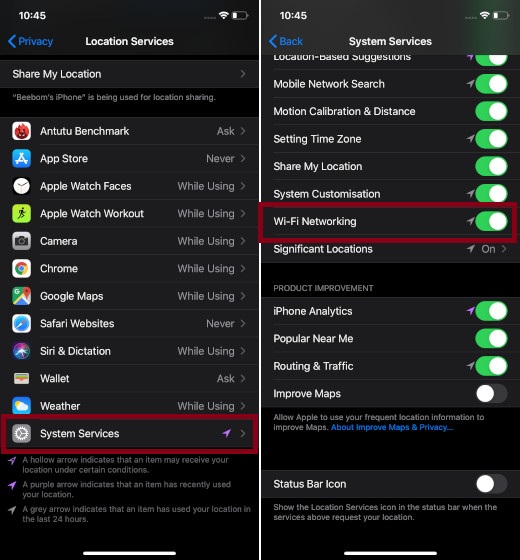 There is a saying, “Drastic times call for drastic measures.” So, if you are still unable to prevent your iPhone from dropping WiFi connection when being locked or asleep, try resetting the network settings. Keep in mind, this action will put the network settings to the factory default. Thus, you will have to enter your Wi-Fi passwords again. To get it done, head over to Settings > General > Reset > Reset Network Settings and confirm. 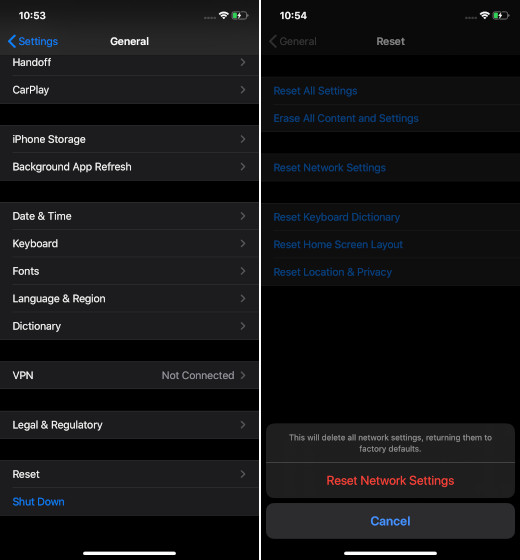 No solution as yet? Now, it’s time to look beyond the usual stuff. The outdated firmware of your WiFi router might be at the core of this issue. If you haven’t updated it for a while, it would be wise to get it done as it might solve the problem. The process of updating the Wi-Fi router may vary from one company to the other. So, you can either check the user manual or contact the manufacturer for help.

I know many of you would be wondering why I have mentioned this solution. Let me tell you that if you take a look at a large number of issues that have cropped up on iOS in the past few years, you will find that software update was the only fix for them. Whether it’s the annoying autocorrect feature or the serious bug linked to Telugu character that used to crash apps and iOS devices via iMessage, Apple had to introduce software updates to fix the problems. 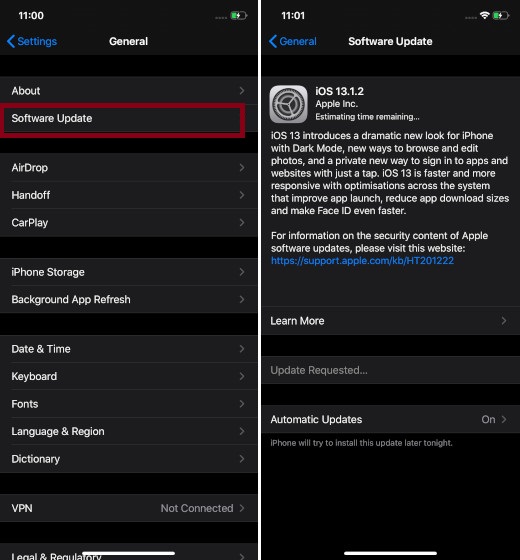 Considering how widespread this “WiFi disconnects when iPhone is locked issue” is, Apple might already have hit the ground running (as is always the case) to find a proper solution. So, the answer to this problem could well be inside the software update. Head over to the Settings app on your iOS 13 device > General > Software Update. Check out if there is an iOS 13 software update waiting for you. If it is waiting in the wing, download and install it right away.

SEE ALSO: 10 Tips to Improve Security and Privacy in iOS 13

Hopefully, the Wi-Fi issues have finally been fixed on your iOS 13 devices. But before you put the internet speed to the test, do not forget to let us know which one of the above tricks worked in solving this annoying problem on your device. Besides, if you know any other viable ways of resolving it, make sure to share them in the comments down below.