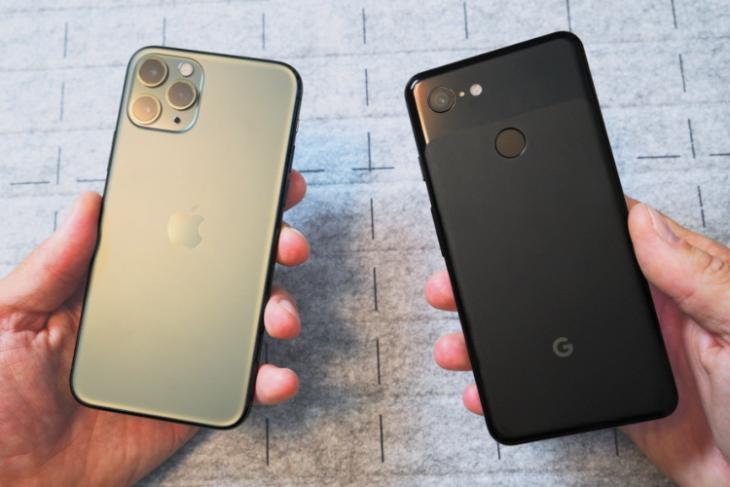 We are around 48 hours away from Apple taking the stage at the Steve Jobs Theater to unveil iOS 14, its next-gen mobile OS, at WWDC 2020. Rumors also suggest iOS being renamed back to iPhone OS at the event. In preparation for the same, Apple has today released the distribution figures for iOS 13. It’s as expected and ready to take another jab at the paltry reach of Android’s latest release.

Apple has updated its developer website to give us an idea about how many users are running the latest version of iOS – iOS 13. The answer is 92% of all iPhones that were introduced in the last four years. This includes everything from the first-gen iPhone SE (launched back in 2016) to the iPhone 11 series (launched last year).

If this wasn’t impressive already, only a mere 7% iPhones run the previous-gen iOS 12. This means 99% of iPhones (models from the last four years) are running the last two software releases. The number only drops down to 94% if we consider all of the iPhone models. This includes 81% iOS 13- and 13% iOS 12-powered devices respectively.

The numbers are not much different for iPadOS, which was introduced last year. You can check out the distribution numbers for both the software (updated June 17) right here: 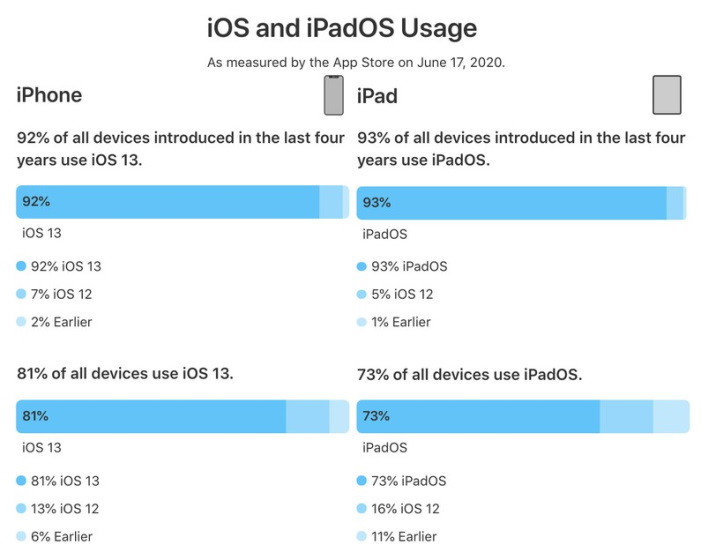 Now, we all know that Apple’s product ecosystem is a walled garden. Everything from a software feature to hardware internals, all of it is managed and optimized by Apple. So, this makes it simpler for the company to maintain a standard and make its mobile OS available to more devices and that too rapidly. It does not have to rely on a third-party OEMs, which is the case with Android.

Yeah, let’s talk about Android distribution figures while we are at it. I believe we’re all aware of the sad state of Android updates and the fragmentation. Google had stopped sharing distribution numbers for its mobile OS months ago, making it impossible for us to track the penetration of the latest version of Android in the market. However, it has now made distribution numbers available within Android Studio – its app-dev kit.

And if you ask me, the numbers still do not look rosy. The distribution data shown in the pie chart below (via AndroidDistribution.io) is from April 2020 in comparison to June figures for iOS. Android 10 has been installed only on 8.2% of the total number of Android phones in the market. It, however, shows that Android 9 Pie now powers more than 31% phones, which is great. 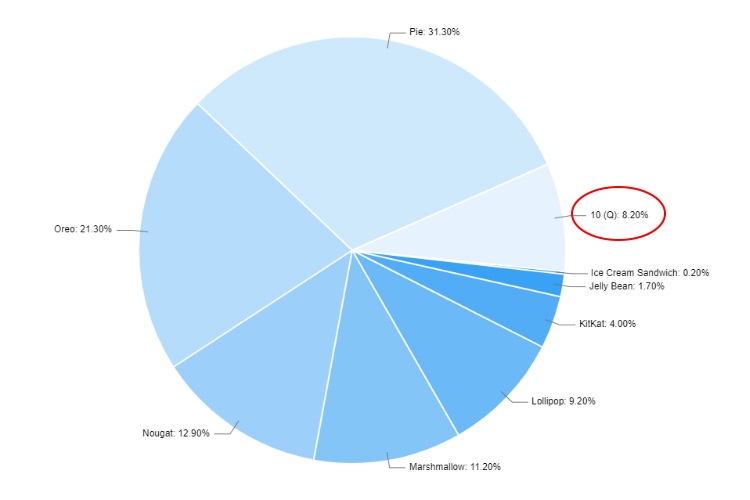 So, if someone were to consider only the last two versions of Android and iOS then the latter has an almost 2x lead over the former. Over 94% iPhones are running iOS 13 and iOS 12 while merely 40% of devices are running Android 9 and 10. Well, the even more disappointing fact is that Android 5 Lollipop, released back in 2014, still has over 9% market share.

Android is open-source, we all should know that by now, and phone makers have the freedom to tweak and tinker with the software as per their needs. This caused a steep rise in custom ROMs, such as Xiaomi’s MIUI, Samsung’s OneUI, or Oppo’s ColorOS over the past few years. It has given users more options but it also contributed to the fragmentation of the Android ecosystem.

The first stable release of Android is usually scheduled for September, reaching only Google Pixel phones at the start. OEMs then start to test and roll out their Android 10 custom builds in the next couple of months, with stable builds reaching users three-odd months late – by December. Google is working to fix the fragmentation. It had introduced Project Treble with Android 9 Pie to address this issue but it seems to be moving slow and hasn’t quite fixed the problem just yet.

What’s the conclusion here? Apple’s walled garden enables them to offer the same software experience across all of its devices. Your iPhone could have been launched yesterday or three years ago – but it would still run the latest iOS update. Android, on the other hand, is fragmented and will find it difficult to push the latest update to more devices due to a mediator (third-party OEMs) in between.

But, the open nature of Android is also positive for several users – including me. The open development around Android sees the addition of some cool features and tweaks to the software. I would pick a software experience that I can tweak as per needs over a walled garden any day. iOS, however, takes a lead over Android in terms of distribution figures.