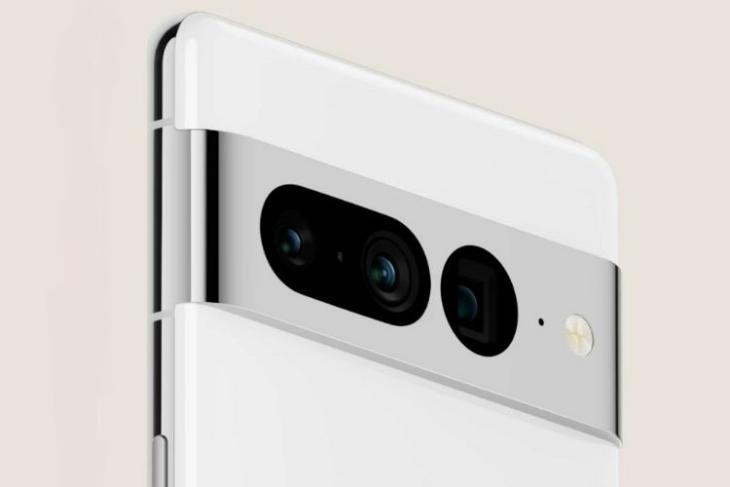 Google has already confirmed that the Pixel 7 series will be introduced this fall at the 2022 I/O event. While the company has already given us a look at the Pixel 7 and the Pixel 7 Pro’s design (following which we saw a real-life image too), we now have a closer look at the devices, thanks to a recent hands-on video. Check it out!

Popular YouTube channel Unbox Therapy unboxed the early prototypes of the Pixel 7 and the Pixel 7 Pro. Besides properly showing the Pixel 7 devices, the video also compares the two with the Pixel 6 series.

It is revealed that the Pixel 7 will be slightly smaller than the Pixel 6, while the Pixel 7 Pro and the 6 Pro will more or less appear similar. This is something we have heard previously too. The new Pixel 7 series also seem to be narrower than its predecessor. Additionally, the bezels on the Pixel 7 Pro also appear slimmer, possibly due to the more “aggressive curve around the edge.”

There are some differences between the Pixel 7 and the 7 Pro too. Apart from the additional rear camera for the Pro model, the Pixel 7 Pro has a more polished and mirror-like rear camera hump while the vanilla model has an aluminum finish.

As for the other details, the Pixel 7 and the Pixel 7 Pro are likely to come with a 90Hz and 120Hz display, respectively and will be powered by the next-gen Google Tensor 2 chipset. The phones are expected to get a 50MP main camera with a Samsung GN1 sensor and an 11MP Samsung 3J1 sensor for the front camera.

We are most likely to see battery upgrades, improved camera features, and more. The Pixel 7 series is expected to arrive in a couple of months. Although, an exact date remains unknown. We will let you know whenever this happens. Do keep an eye on this space for more details on the same.

Pixel 7 Prototype Spotted on eBay; Check It out Here!