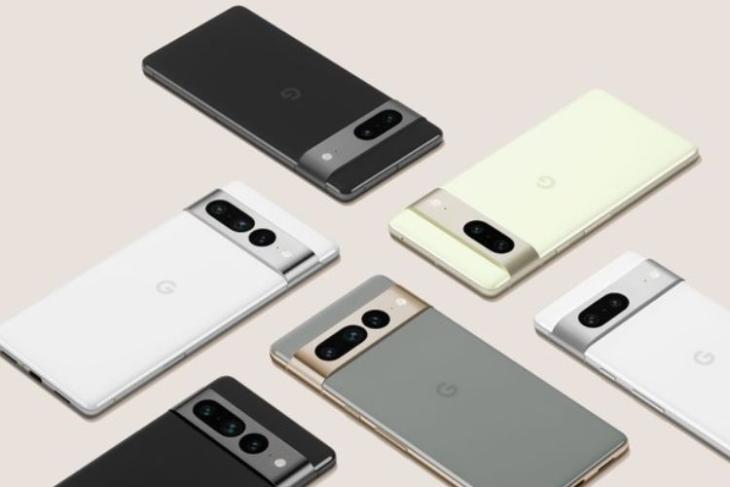 After announcing the Pixel 7 series at this year’s I/O event, Google has finally made them official. The Pixel 7 and the Pixel 7 Pro come as successors to the Pixel 6 and the Pixel 6 Pro, respectively, bringing in a number of improvements like the new Tensor G2 chipset, some design tweaks, and loads more. Check out all the details below.

The Pixel 7 Pro has a 6.7-inch QHD+ LTPO OLED display with 120Hz variable refresh rate, 1500 nits of peak brightness, and a layer of Corning Gorilla Glass Victus. It also supports the AOD functionality and HDR. The screen size is similar to that of the Pixel 6 Pro. The Pixel 7 has a smaller 6.3-inch Full HD+ OLED display with support for a 90Hz display. This is also smaller than the 6.4-inch display of the Pixel 6. It has a maximum brightness of 1400 nits, AOD support, HDR, and a layer of Gorilla Glass Victus too.

The 7 Pro has three cameras at the back, including a 50MP main camera with OIS, a 48MP telephoto lens with up to 30x digital zoom, and a 12MP ultra-wide lens with autofocus and a field of view of 125.8 degrees. The front has a 10.8MP selfie shooter with a 92.8-degree FoV.

The Pixel 7 has a different camera setup, which includes only two cameras. The setup includes a 50MP primary snapper with OIS and a 12MP ultra-wide lens with a field of view of 114 degrees. There’s the same 10.8MP front camera with a wider 92.8-degree field of view.

Under the hood, the Pixel 7 and the Pixel 7 Pro have the latest Tensor G2 chipset, which succeeds the first-gen Tensor SoC. Based on the 4nm process tech, the chipset claims 60% faster and 20% more efficient machine learning. It comes paired with the Titan M2 security chip, also seen on its predecessor. The chipset is also meant to provide better voice assistance, advanced speech recognition for the transcription of audio messages, Clear Calling, and much more.

The Pixel 7 series runs Android 13 out of the box and will get 5 years of updates. Additional details include dual stereo speakers, an IP68 rating, facial recognition, an in-display fingerprint scanner, Wi-Fi 6E, Bluetooth version 5.2 5G support, NFC, GPS, GLONASS, USB Type-C, and more. There are a plethora of security features like the built-in VPN powered by Google One (coming soon), anti-phishing and anti-malware protection, and Camera and mic toggles, among others.

Both devices are now up for pre-order in the US via the Google Store.