Skip to content
Home News Pixel 6 and 6 Pro Will Not Launch in India, Confirms Google 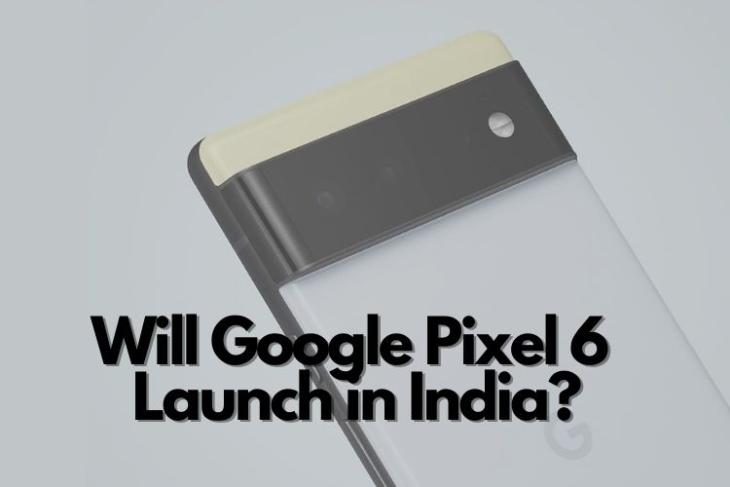 Google officially announced the Pixel 6 series at its Fall event. At this point, you might be wondering if the Pixel 6 and 6 Pro are coming to India. That’s exactly what we will be answering in this article. Read on till the end to find out if you can purchase the Pixel 6 series in India to experience the new Tensor chip, Android 12, and five years of security updates.

After initially announcing the availability of the Pixel 6 series in nine countries, Google expanded the list to 12 countries after the launch event. The following nine countries will get Pixel 6 from October 28:

And here are the countries getting the Pixel 6 series early next year:

Although we knew Google wouldn’t immediately launch the Pixel 6 series in India, most of us were hoping for Google to launch the latest Pixel phones in the country sometime next year along with the next-gen a-series model. However, the Mountain View giant has killed all our hopes and confirmed the Pixel 6 series won’t launch in India.

In a statement to Gadgets360, Google confirmed it won’t bring the Pixel 6 series to India. The company blames the global supply issues (chip shortage) and other ‘variety of factors’ to make this decision.

“Due to a variety of factors including global demand supply issues, we are not able to make our products available in all markets. We remain committed to our current Pixel phones and look forward to bringing future Pixel devices to more countries in the future,” a Google spokesperson told Gadgets360.

Unlike Pixel 4 that didn’t launch in India due to the Soli radar chip, Google isn’t facing legal hurdles to launch the Pixel 6 series in India. Instead, it’s purely a business decision this time around. Considering how Pixel 6 is an important phone for the future of Pixel flagships, Google seems to be playing it safe by launching it in markets where it’s confident enough to sell sufficient units.

Pixel 3 and 3 XL were the last flagship phones Google launched in India. Since then, the Indian market has missed out on the Pixel 4 series, Pixel 4a 5G, Pixel 5, and Pixel 5a. That leaves us with the only option for anyone interested in a Pixel phone in India, the Pixel 4a. Here’s to hoping Google doesn’t let us down with the Pixel 7 series.