Skip to content
Home News Who Needs Pixel’s Magic Eraser When You Have This Free Web Tool to Remove Objects from Images? 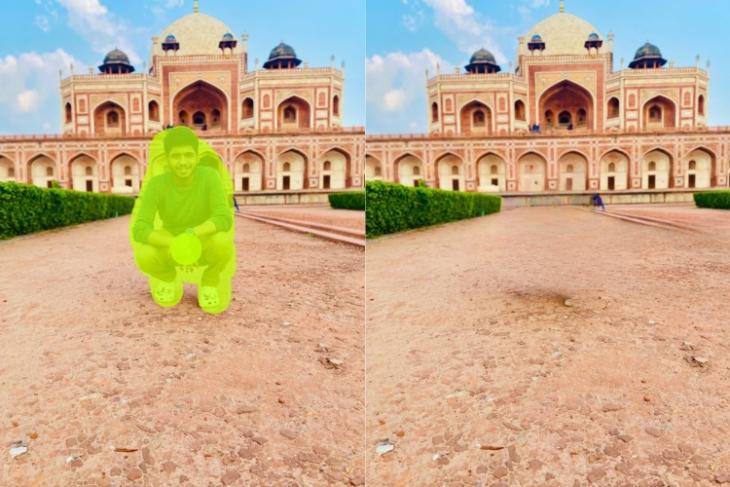 With its latest Pixel 6 series, Google introduced a nifty Magic Eraser tool in Google Photos to let users remove an unwanted object from images using artificial intelligence (AI) and digital re-drawing techniques. However, you will not be able to use the Magic Eraser feature unless you have a Pixel device running Android 12 at your disposal. So today, we have a completely free web tool that works exactly the same and lets you remove any unwanted object from an image.

Dubbed as Cleanup.pictures, the web tool has been developed by the engineering team that developed Clipdrop, a nifty tool to copy real-world objects and paste them onto a computer. The team integrated an AI model called LaMa, developed by Samsung’s AI Lab, to power the tool and accurately remove objects by simply drawing over them.

So, once you go to the official website of Cleanup.pictures, you will be able to import or drag any image from your computer or laptop from which you want to remove an object. Then, you will get a brush to draw over the object(s) you want to remove from the picture. You will also be able to adjust the size of the brush to accurately mark the object using your input device.

Once you mark the object(s) you want to remove, the tool automatically removes it from the picture, leaving you with a cleaner image than the original one. Furthermore, you will also be able to compare the edited and original images using the tool to see the changes.

I tried out the tool and found it to be pretty accurate. However, there are some residues of the removed objects that remain in the pictures after the removal process. But, it’s still amazing how you can easily remove objects from the image. You can check out some of the samples attached right below.

So, if you are looking for a tool to remove unwanted objects from your favorite images such as the photo bomber in your selfies, or a car that ruined a beautiful scenery image, you can use Cleanup.pictures right now from its official website. Furthermore, it’s an open-source product and you can find its resources on Github to use them in your projects.