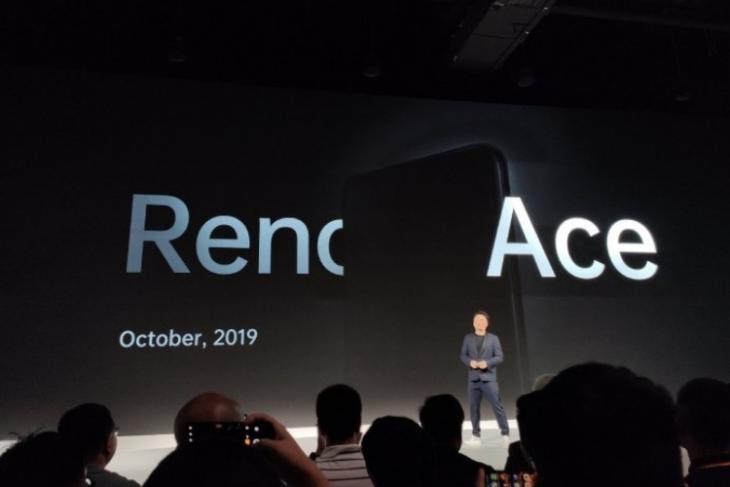 Oppo has announced that its next flagship smartphone, the Reno Ace, will launch on October 10. The company’s vice president, Brian Shen, had originally confirmed the device at the launch of the Opp Reno 2 last week, but hadn’t revealed any more details about it. Now, however, the company has confirmed that the device will ship with 65W fast-charging capabilities, which is 30 percent faster than the current 50W SuperVOOC.

Shen had earlier teased a few other features of the upcoming phone, including a 4,000mAh battery and a screen with a 90Hz refresh rate. Although the rest of the details remain under the wraps for now, it is expected to be a follow-up to the original Reno 10X zoom, but is expected to be a significant upgrade over its predecessor in terms of its hardware, going by the info the company has already revealed.

With high-refresh displays becoming a big deal for gaming-centric smartphones, most vendors have started offering at least 90Hz panels with their gaming-oriented devices, although some, like Asus and Xiaomi, are offering up to 120Hz screens with their latest gaming smartphones, the ROG Phone 2 and the Black Shark 2 Pro, respectively.

Oppo hasn’t revealed anything more about the Reno Ace, but we can expect the company to start confirming more features in the coming weeks. The Oppo Reno 10x Zoom created a splash when it was announced earlier this year, so it will be interesting to see if its successor will be able to follow in its footsteps and make an impression on smartphone buyers in China, India and around the world.