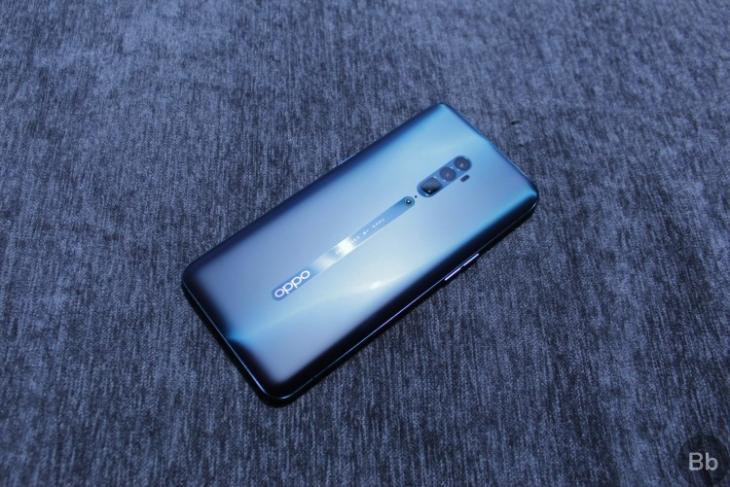 OPPO recently launched its new flagship lineup, OPPO Reno, in China with an impressive design, fullscreen bezel-less display, an exciting shark fin pop-up selfie camera, and 10x hybrid zoom. Well, we had been waiting for OPPO to bring the smartphone to India ever since and they finally did today at a launch event in New Delhi.

The OPPO Reno will be available in 2 color variants, namely Ocean Green and Jet Black. Both the Reno device will go on sale starting from 7th June on Flipkart.

Starting off with the design, OPPO Reno 10x Zoom is offering users with an “unintrusive full-screen experience” in a feature-rich smartphone yet again. The back panel of OPPO Reno is known to feature a matte finish with a 3D gradient pattern and no camera bump which makes it looks pretty awesome, especially the Ocean Green color.

There’s also a ceramic dot at the center of the rear panel, which raises the device a little higher when kept on the table. This will help protect the camera from any scratches when you slide and pick up the OPPO Reno 10x Zoom Edition. 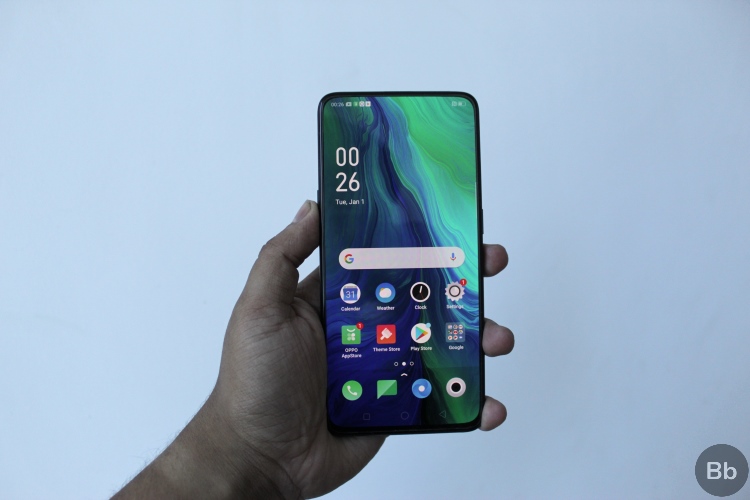 The display on the OPPO Reno 10x Zoom is a 6.6-inch Full-HD+ AMOLED panel with no notch, hole-punch or any other form of intrusion. The screen is TÜV Rheinland certified, boasts a 93.1% screen-to-body ratio and has Corning Gorilla Glass 6 protection on top.

Being a flagship, this smartphone is powered by the Snapdragon 855 chipset, coupled with up to 8GB of RAM and 256GB of internal storage. It runs Android 9 Pie-backed Color OS 6.

As for the camera department, OPPO Reno 10x Zoom sports a triple camera setup, with a primary 48MP (f/1.7) Sony IMX586 sensor, an 8MP (f/2.2) ultra wide-angle sensor, and a 13MP (f/3.0) telephoto/ periscope camera system. The latter is the lens setup that enables the 10x hybrid zoom capabilities on this smartphone. 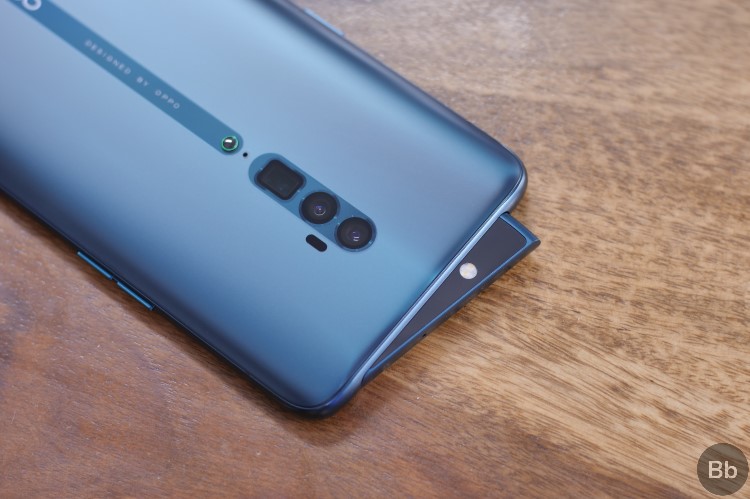 The OPPO Reno 10x Zoom comes with a shark fin pop-up camera module which takes 0.8 seconds to open and hosts the 16MP (f/2.0) selfie sensor. It comes with facial recognition baked in, which means the shark fin will pop-up each time you unlock your device.

There’s an in-display fingerprint sensor with 30% better recognition, a massive 4,065 battery size, and all of the connectivity options such as Wi-Fi 802.11ac, Bluetooth 5.0, NFC, 3.5mm headphone jack, USB Type-C port, and more.

In addition to the higher-end 10x Zoom Edition, the standard OPPO Reno has also been launched in India. It features a smaller 6.4-inch Full-HD+ AMOLED panel, is powered by the Snapdragon 710 chipset (which we’ve already seen on the OPPO R17 Pro) and some changes to the camera setup. 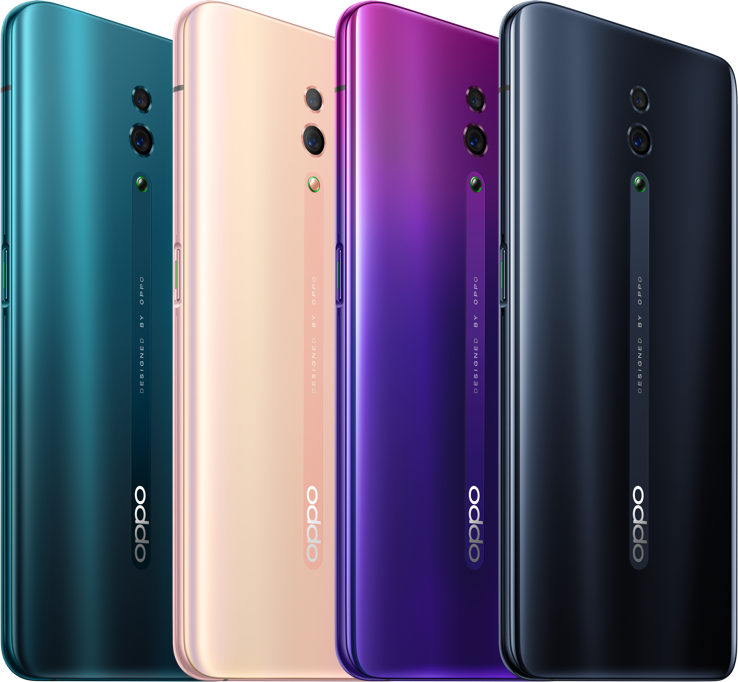 There’s a dual 48MP+5MP rear-camera setup and a smaller 3,765 mAh battery onboard, everything else including the bezel-less panel and shark-fin pop-up camera remains the same.

OPPO Reno 10x Zoom is a pretty impressive addition to the Chinese giant’s innovative arsenal, giving users access to a myriad of exciting flagship and eye-grabbing features without compromise. So, would you be interested in picking up this smartphone? Let us know your thoughts in the comments below.