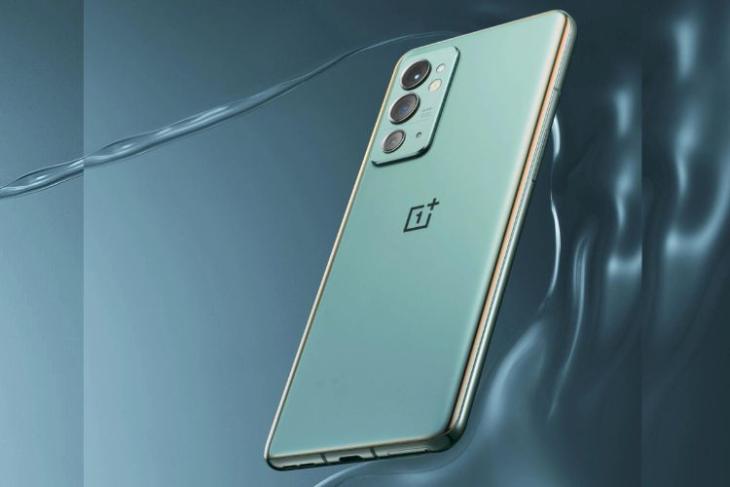 [Original article | 3rd Jan, 12:59 PM IST] — We have been hearing about the launch of the OnePlus 9RT in India for a while now. While previous rumors hinted at a December 2021 launch, that never happened. However, it seems like it the launch will finally take place this month, as hinted by an official teaser by the Chinese company.

OnePlus India’s official Twitter handle posted a rather cryptic teaser for an upcoming launch over the weekend. The tweet attached below shows the Morse code, which when decoded, spells “OnePlus 9RT.” Hence, we can expect the smartphone to launch in India this month. Although, an official launch date remains unknown.

For those who don’t know, the OnePlus 9RT launched a couple of months ago in China as an upgraded variant of the OnePlus 9R. And it seemingly replaced the OnePlus “T” flagship models this year. It comes with a design similar to the other OnePlus 9 phones. It includes a 6.62-inch Full-HD+ Fluid AMOLED display with support for a 120Hz refresh rate and a touch sampling rate of 600Hz. This is expected to improve the touch delay and slide delay by 57% and 47%, respectively.

The phone is powered by the Snapdragon 888 mobile platform, an upgrade from the Snapdragon 870-powered OnePlus 9R. Camera-wise, it sports three rear cameras, including a 50MP main camera with Sony IMX766 sensor and OIS, a 16MP ultra-wide camera, and a 2MP macro camera. There’s a 16MP front camera on the OnePlus 9RT as well.

Other details include a 4,500mAh battery with 65W fast charging, up to 12GB of RAM and 256GB of storage, Android 11-based OxygenOS 11 (with some ColorOS influence), an in-display fingerprint scanner, 5G connectivity support, and more. While there isn’t any confirmation, rumors suggest that the OnePlus 9RT is expected to be priced under Rs 40,000 in India.

In addition to this, OnePlus has posted another teaser, which hints at the arrival of the OnePlus Buds Z2 as well. The budget TWS earbuds, which come with ANC support, three mics, and more, were launched in China recently.

More details around the OnePlus 9RT and Buds Z2 India launch are expected to be out soon. So, stay tuned for all the updates.

After a series of teasers, OnePlus has confirmed that the OnePlus 9RT and OnePlus Buds Z2 with ANC will launch in India on January 14 at 5PM IST. The Chinese giant announced the “OnePlus Launch Event Winter Edition” via an official tweet today.

The launch event invite includes renders of the OnePlus 9RT and Buds Z2, further confirming that the company finally plans to launch these devices in India next week. You can check out the tweet right here:

OnePlus Buds Z2 with ANC, Up to 38 Hours of Battery Life Launched