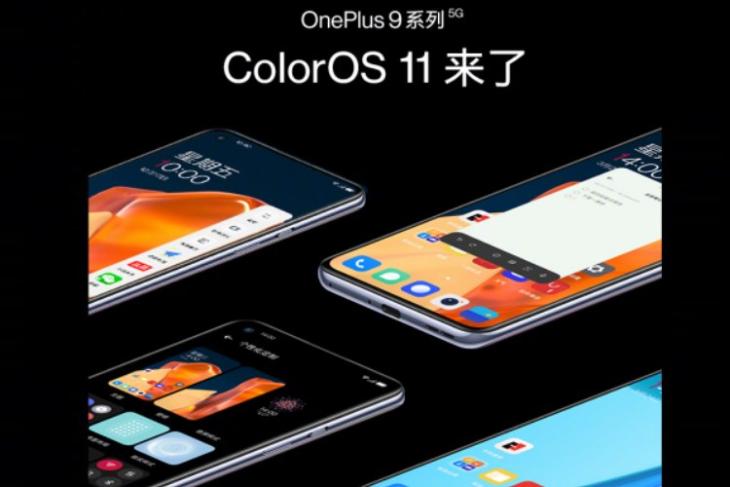 OnePlus, if you did not know, ships its smartphones with two different yet similar Android-based OSes in China and globally. OnePlus users in China run HydrogenOS, which is the same as OxygenOS – minus the Google apps and services. However, the company today confirmed that its upcoming OnePlus 9 flagship series will ship with Oppo’s ColorOS 11 instead of HydrogenOS.

OnePlus CEO and co-founder Pete Lau recently made the announcement on Weibo. He wrote that the Chinese giant is ditching HydrogenOS in favor of Oppo’s custom ROM, which also shipped aboard some Realme devices during the brand’s initial days. Later, however, Realme built its own Realme UI skin but it brings only minor upgrades over Oppo’s ColorOS skin. 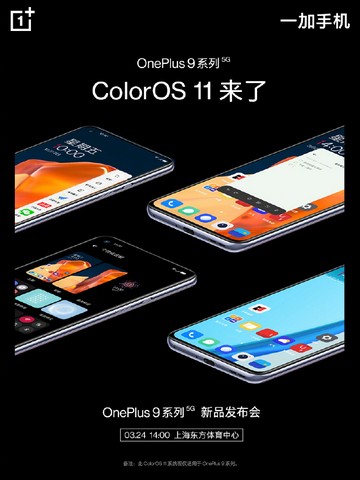 Now, OnePlus, being an older entity than Realme, is also ditching its own custom OS and adopting Oppo’s ColorOS 11 skin instead. This might be a part of the Oppo-OnePlus partnership in the R&D department.

Moreover, as per reports, the HydrogenOS team, in its home country, is much smaller than the ColorOS team. So, with this switch, OnePlus 9 users in China will get a more stable and reliable software experience compared to the current HydrogenOS experience. You can check out the best ColorOS 11 features in our hands-on video right here:

Now, if you are wondering, OnePlus will not kill the HydrogenOS platform just yet. Lau, in his announcement, wrote that the upcoming OnePlus 9 devices will ship with ColorOS “from the factory.” And “the HydrogenOS of the past models will continue to be maintained and updated.” So, existing HydrogenOS users in China will continue to receive updates for their devices. 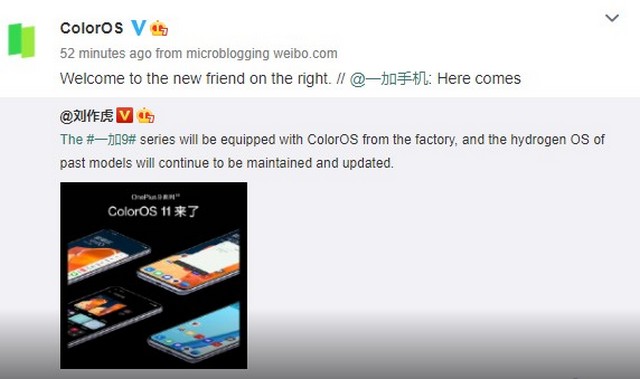 Now, the recent announcement will only affect OnePlus users in China. Users in India and European countries will continue to use the existing OxygenOS software on their existing and upcoming devices.

Alongside the OnePlus 9 series, the company will also launch an array of new devices tomorrow, on March 23. This includes a brand new OnePlus Watch, a gaming-centric OnePlus 9R, and more. So, stay tuned for more updates.

Oppo Officially Unveils ColorOS 11; Here Are All of the New Features

Oppo to Unveil ColorOS 11 Based on Android 11 next Week