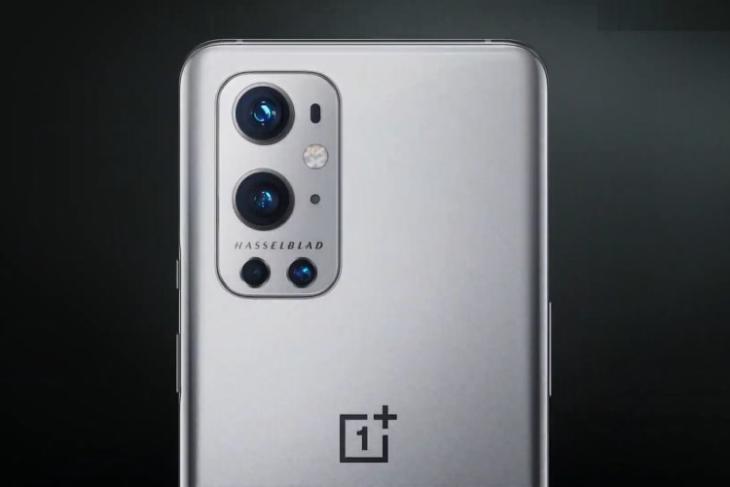 The Internet has been flooded with leaks and rumors about the OnePlus 9 series. The company itself was teasing a ‘moonshot’ announcement for today. And as promised, it has revealed the launch date for the upcoming OnePlus 9 series. Not just that, we have also got a first look at the OnePlus 9 Pro with the rumored Hasselblad cameras in tow.

In an official tweet, OnePlus revealed that the OnePlus 9 series will launch on 23rd March at 7:30 PM IST (2:00 PM GMT or 10:00 AM EDT). This is in line with recent leaks, which speculated the presence of Hasselbrad-branded cameras aboard the device. We also saw a hands-on image with the said branding make rounds of the Internet earlier last month.

OnePlus has confirmed today that it has signed a three-year partnership with Hasselblad to co-develop camera systems for next-gen OnePlus smartphones. You can see the OnePlus 9 Pro in the image below. It will arrive with a quad-camera setup with the Hasselblad branding on the camera module.

Though OnePlus develops one of the best flagship phones on the market, the cameras have always been a little lackluster. They are not bad but they are not that great either. OnePlus CEO Pete Lau promised to focus on smartphone photography and elevate the camera experience on Weibo earlier this year.

In a bid to fulfill this promise, the Chinese giant has signed a three-year deal with the camera makers. It intends to pump $150 million into its camera research over the course of this partnership, in an effort to rank among the top dogs when it comes to smartphone photography. further, the OnePlus 9 series will be the first to benefit from this camera partnership.

The investment will go towards the development of four global research labs, two in the US and Japan. “Both companies are committed to delivering immediate benefits for OnePlus users, while continuously collaborating to further improve the user experience and quality for the long-term,” says OnePlus in an official press release. 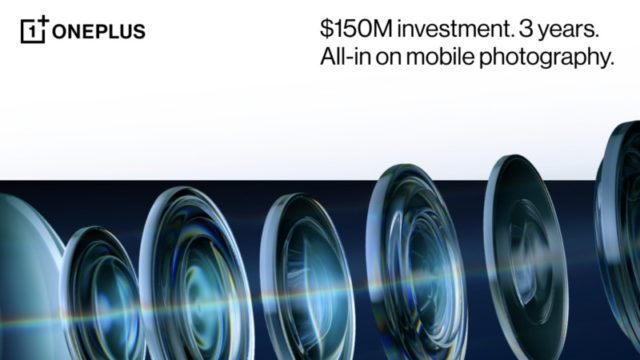 OnePlus 9 series will be the “first to benefit from this new partnership.” The company has shined a light on some of the key upgrades coming to the next OnePlus flagship. It looks like we will see a host of software improvements, including color tuning and sensor calibration, aboard the upcoming flagships.

OnePlus 9 series will use a custom Sony IMX789 sensor. The company refers to it as “the largest and most advanced main camera sensor ever on a OnePlus device” in the press release. It will also support up to 8K@30fps and 4K@120fps video recording.

The two companies have worked on advanced color calibration for the OnePlus 9 series. The devices will capture images with more accurate and natural-looking color tones. Also, you will have a new “Hasselblad Pro Mode” with the ability to adjust ISO, focus, exposure times, white balance, and more. It will support 12-bit RAW photo capture, which would give professional photographers a great foundation for editing.

In addition, the company also looks forward to pioneering new camera technologies for its next-gen flagship smartphones. Its plan includes “a panoramic camera with a 140-degree field of view, T-lens technology for lightning-fast focus in the front-facing camera, and a freeform lens.” The freeform lens will first be introduced on the OnePlus 9 series. It will help eliminate edge distortion in ultra-wide photos, which is amazing.

So yeah, OnePlus is looking to take on Vivo x Zeiss and Huawei x Leica in the Android landscape with its latest imaging partner Hasselblad. It will be quite interesting to see the fruits of this partnership with the OnePlus 9 series launch on March 23.