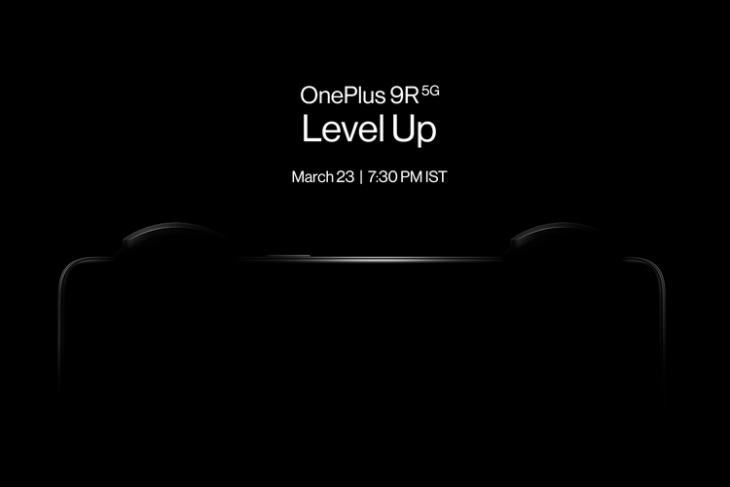 OnePlus recently confirmed its plans to launch an affordable gaming smartphone in India dubbed the OnePlus 9R 5G. While we’re merely a couple of days away from the official launch event, the company has now teased gaming triggers for the device. The OnePlus 9R will be the third smartphone in the upcoming OnePlus 9 series.

In its official tweet on Friday, OnePlus India has teased the arrival of the OnePlus 9R 5G with gaming triggers. The teaser has the March 23 launch date, reiterating that the OnePlus 9R will launch alongside the OnePlus 9 and OnePlus 9 Pro. Take a look at the tweet below:

Mobile gaming is about to level up. Get your game on this Tuesday, March 23. #OnePlus9R5G

If you want to take a closer look at the gaming trigger OnePlus has shown here, leaker Albacore has got you covered. In a tweet a couple of days back, Albacore had shared a render featuring OnePlus’ gaming triggers. Check it out in the tweet below:

According to an Android Central report from December, the device is likely to come with the Snapdragon 865 or 870 chipset. The device may feature a 90Hz or 120Hz AMOLED display with OnePlus 8T’s quad cameras and 65W fast charging. Moreover, OnePlus 9R 5G may come with a plastic back panel.

Apart from these leaks, we don’t have the entire specifications of the OnePlus 9R just yet. That’s primarily because we haven’t seen any major leaks for the device so far. However, make sure you check back on March 23 as we’ll cover the launch event of the OnePlus 9 series. It will be interesting to see how OnePlus differentiates itself in the gaming phone segment in India.