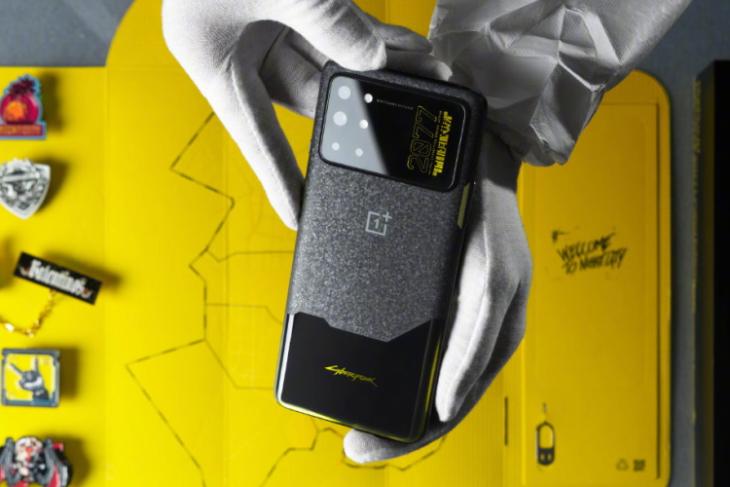 Cyberpunk 2077 is one of the most highly anticipated game launches of 2020. The title has been delayed by a couple of weeks but OnePlus is moving ahead with the launch of the OnePlus 8T Cyberpunk 2077 Edition. The company had been teasing the design of this special edition smartphone over the past week and has made it official today.

OnePlus 8T Cyberpunk 2077 Edition: All You Need to Know

OnePlus is no stranger to special edition collaborations. The company has previously released stunning McLaren and Star Wars Edition phones. And now, the OnePlus 8T Cyberpunk 2077 arrives to further pile on to the hype of this open-world RPG action-adventure game from CD Projekt Red. How is this special edition different from the standard OnePlus 8T?

OnePlus has introduced a major cosmetic upgrade to give the 8T a more futuristic vibe in line with the Cyberpunk 2077 design. The back panel here has been divided into three sections. 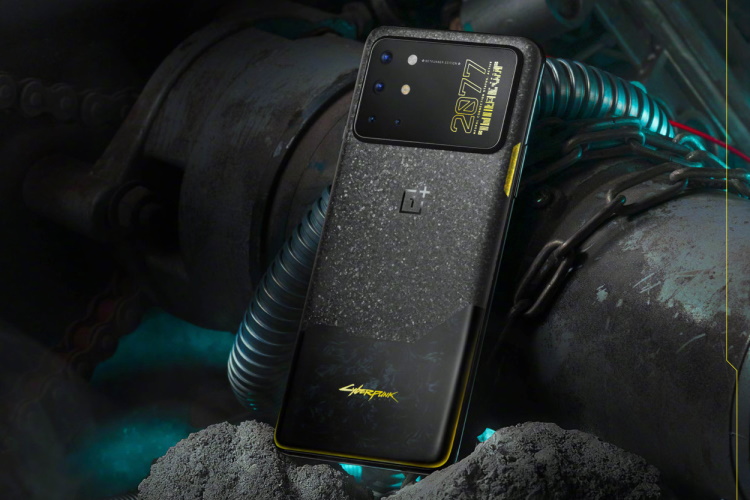 First, the camera module has been extended to cover the entire width of your OnePlus 8T. The left houses the camera sensors while the right includes the 2077 logo and a QR + barcode hybrid to represent the game. The middle layer is frosted AG glass with a snowflake design whereas the bottom layer is said to boast a carbon texture with the Cyberpunk branding.

There’s also a yellow hue to the edges – similar to the orange hue we have already seen in the OnePlus 7T Pro McLaren Edition. You can check out the OnePlus 8T Cyberpunk 2077 Edition design in this video right here:

Apart from the outside, OnePlus has also skinned the UI to offer gamers new neon-style icons, always-on display, charging animation, and more to match the Cyberpunk theme. You will really like this theme if you are a fan of dark and neon yellow shades. The device runs Android 11-based OxygenOS 11 out-of-the-box.

OnePlus 8T Cyberpunk Edition boasts just cosmetic changes and the internals are mostly the same. You have a 6.55-inch Full-HD+ AMOLED display with a 120Hz refresh rate and a punch-hole cutout, housing a 16MP selfie sensor, on the front. The rear camera setup too remains the same. It is helmed by a 48MP sensor, along with a 16MP ultra-wide camera, a 5MP macro camera, and a 2MP monochrome sensor

The smartphone is powered by the Snapdragon 865 chipset but includes more RAM and storage under the hood. You will get 12GB RAM and 256GB storage aboard this special edition variant. There’s also a 4,500mAh battery with 65W Warp Charging support onboard.

OnePlus 8T Cyberpunk 2077 Edition has been priced at 3,999 yuan (~Rs. 44,449) for the single 12GB+256GB variant. It is now up for pre-order in China and will go on sale starting from 11th November. We’re currently unsure whether this special edition 8T variant will make its way to other global markets like India or not.