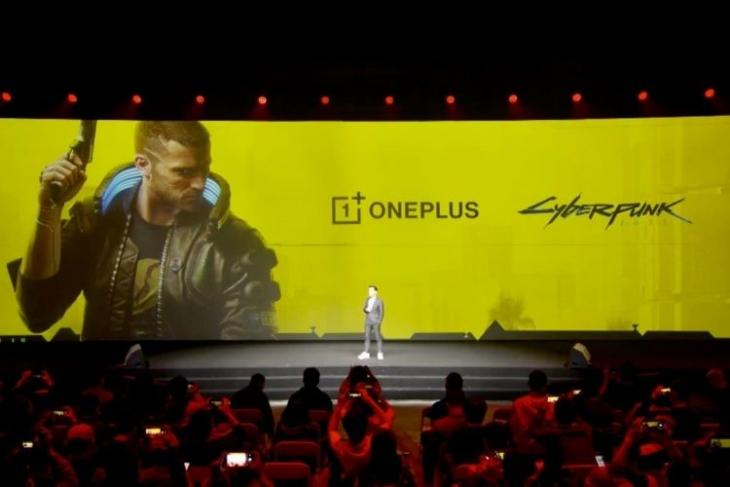 OnePlus officially took the wraps off its latest flagship, the OnePlus 8T, globally earlier last night. The company held a separate event to launch the smartphone in China. But, who knew OnePlus might have a jaw-dropping surprise under its sleeve. Alongside the standard 8T, the company has announced the “OnePlus 8T Cyberpunk 2077 Limited Edition” in China today.

OnePlus is no stranger to partnerships for its new flagship launches. We have already seen McLaren and Star Wars Special Edition OnePlus phones over the past couple of years. Now, the company has joined hands with popular game developer CD Projekt Red. It has today announced a limited edition OnePlus 8T to celebrate the launch of their much-anticipated AAA game, Cyberpunk 2077.

The Chinese phone maker shared a short video teaser alongside the announcement. It, however, only shows off the front of the OnePlus 8T. What do you think the back panel will look like? Going by other limited edition Cyberpunk 2077 products launched over the past few weeks, we can expect OnePlus 8T to feature a neon yellow back panel with angular lines to reflect the futuristic (and cybernetic) theme of the game.

In an official tweet, CD Project Red’s Lead PR Manager Radek Grabowski revealed that the CP2077 limited edition variant of OnePlus 8T is coming soon. The company will be sharing more details in November, but there’s a major caveat here. This partnership will be China-exclusive (at least, for now) so if you were hoping to see this device to come to India or the US anytime soon, then you are out of luck.

OnePlus 8T Cyberpunk 2077 Limited Edition will go up for pre-order starting 4th November, merely a couple of weeks prior to the game’s official release. Cyberpunk 2077, for those unaware, is an open-world RPG action game set in Night City. It will be available to play on all major platforms, including Xbox, PlayStation, and PC.