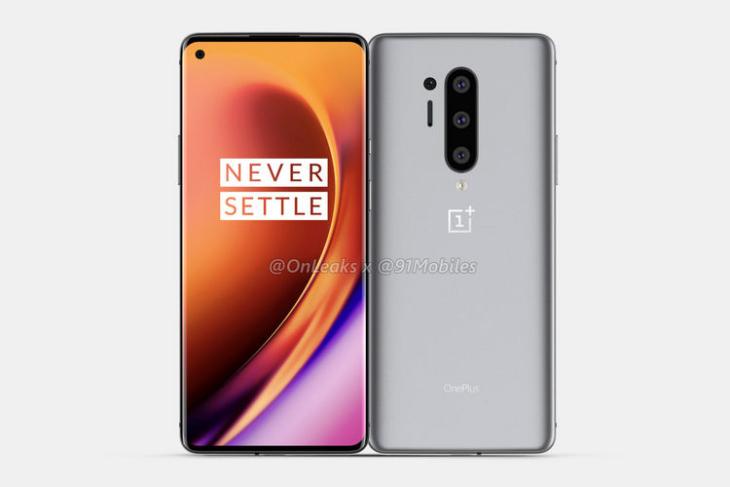 Multiple leaks, rumors and speculations over the past few weeks have revealed many key details about the upcoming OnePlus 8 lineup, including the existence of a mid-range OnePlus 8 Lite. Now, a new listing on Geekbench has seemingly revealed some of the tech specs of the device that’s expected to be the top dog in the series – the OnePlus 8 Pro. The listing is apparently for a device with model number GALILEI IN2023, which notched up an impressive 12,531 in the multi-core benchmark and 4,296 in the single-core benchmark.

As is the case with all Geekbench listings, this one doesn’t given away everything there is to know about the upcoming device, but does suggest that it will ship with top-notch hardware, including the Snapdragon 865 SoC (originally developed under codename ‘Project Kona’) and up to 12GB of RAM. On the software side of things, the device will apparently ship with Android 10 out-of-the-box, which should be par for the course for all premium smartphones this year. 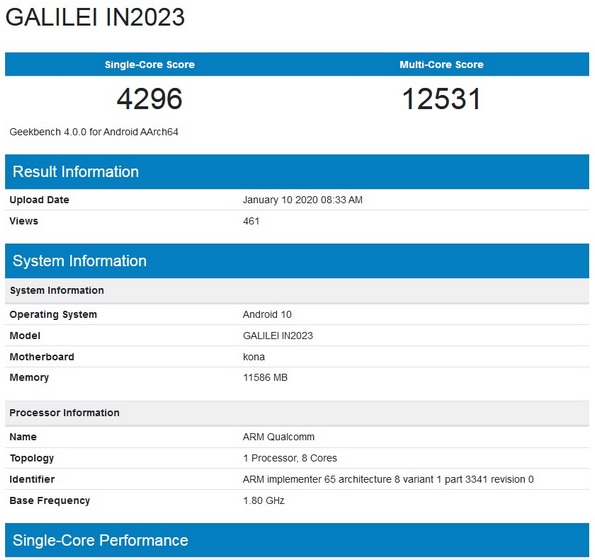 Earlier rumors suggested that the OnePlus 8 Pro may sport a quad-camera setup at the back and a punch-hole design upfront. It is also rumored to feature a 6.65-inch panel with 120Hz refresh rate, but most of the other tech specs remain under the wraps for now. It will be interesting to see how many of these leaks turn out to be accurate, but the 120Hz display looks like an odds-on favorite now that the company has officially unveiled its new 120Hz OLED display panel at the OnePlus 2020 Screen Technology Communication Meeting in China.

Do note that the OnePlus 8 Pro was originally spotted on China’s Ministry of Industry and Information Technology (MIIT) website with model number IN2010, so it’s not immediately clear how the new model number also relates to the same model. However, according to NDTV, a well-known tipster on Chinese micro-blogging site, Weibo, is reportedly behind the latest report, so while it may eventually turn out to be true, it’s worth reminding ourselves that it should still be taken with a pinch of salt unless there’s more concrete info, preferably from official sources.