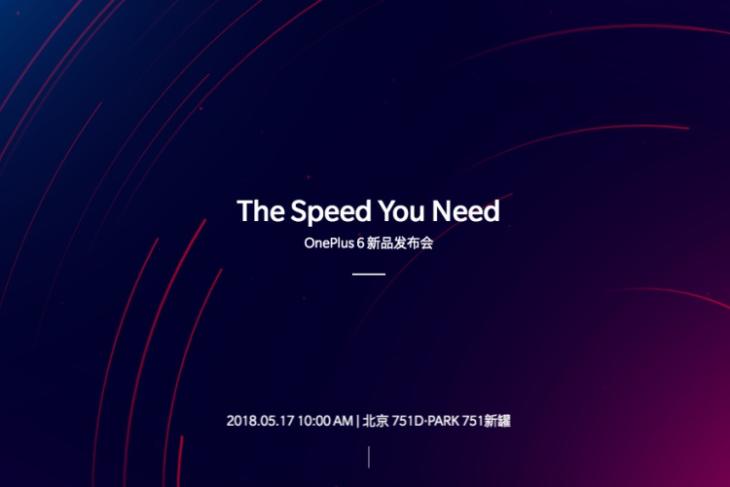 Over the past week, we’ve seen an influx in the number of teasers for the OnePlus 6, so it’s natural to assume the launch is imminent. And now OnePlus has updated its official website to confirm that it’ll be launching the next ‘flagship killer’ on May 17.

OnePlus’ Chinese website now features an official teaser with the tagline ‘The Speed You Need’ for the OnePlus 6 launch event, which is set for May 17 at 10 am local time (or 7.30 am IST) at 751D-Park in China.

The website further says that OnePlus fans will be able to buy tickets for the launch event, starting April 27 (10 am CST) via the OnePlus app. Those who manage to book a ticket will receive an invitation code, a 99 yuan accessory gift card, and several other gift cards as well. 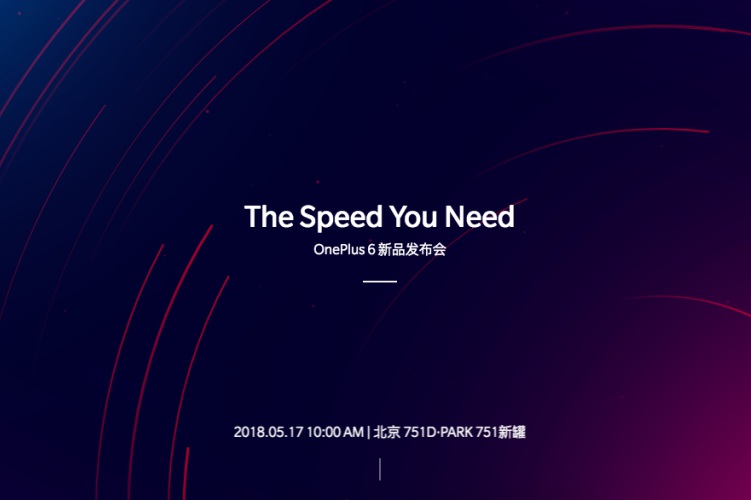 And you can expect OnePlus to continue its tradition and hold events for the OnePlus 6 launch across the globe. It has been doing so for past launches and this one shouldn’t be any different.

The company is also creating a fan-made hype video for the phone, which is is openly accepting the notch trend. We also know that OnePlus is going to pack a glass rear panel on the device, which will have some form of waterproofing for the first time.

And it’s going to be powered by the Snapdragon 845, that’s coupled with up to 8GB RAM and 256GB internal storage.

Last year, OnePlus had partnered with Lucas Films to bring us Star Wars Edition OnePlus 5T devices. This year is no different and OnePlus has confirmed that its partnership with Marvel to launch Avenger-themed OnePlus 6 devices.

If you’re an Indian resident, the ‘Notify Me‘ registration page for the OnePlus 6 is already live on Amazon India’s website. So, are you excited for this much-awaited launch? Tell us in the comments below.