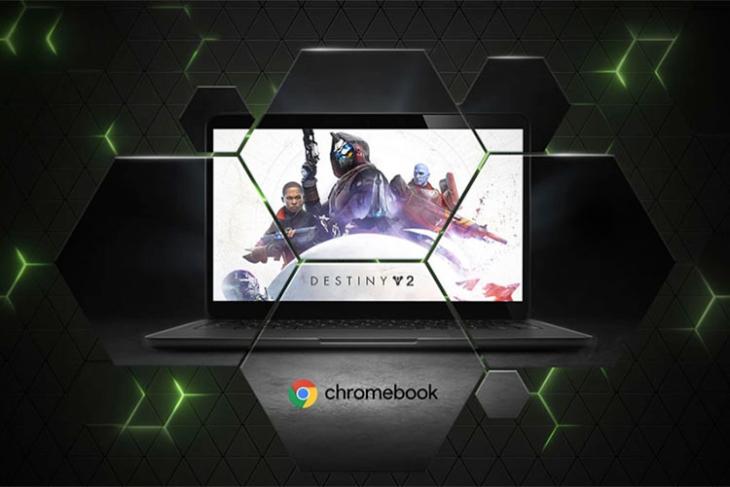 After weeks of beta testing, which started last year on Android, Nvidia’s ‘GeForce Now’ game-streaming service rolled out to all users on Windows, Mac and Android in February. It remained MIA on Chromebooks, but that is now changing with Nvidia finally rolling it out on Chrome OS. According to the company, the service is now available in beta on Chromebooks, enabling gamers to stream a host of PC games from the cloud even without using a Windows PC.

GeForce Now is already available on Windows, macOS, Android and Nvidia Shield. It isn’t yet available on Android TV, but earlier this year, Nvidia announced plans to roll it out to Google’s smart TV platform before the end of the year. It is also adding new games fairly regularly, including a number of titles from the Conan and Hitman franchises back May.

Read all about it in our newest blog: https://t.co/uMj0jQIZYa pic.twitter.com/FZz0BjM1uy

Either way, now that it is available on Chromebooks, you can start playing by heading over to the official GeForce Now website – play.geforcenow.com. While it’s available on all Chromebooks, Nvidia’s recommended specs include an Intel Core M3 (7th-gen) or Core i3/ i5/ i7 CPU, Intel HD graphics 600 or higher GPU, at least 4GB of RAM and at least 15Mbps internet (25Mbps recommended).

Even as it launches on newer platforms, Nvidia’s GeForce Now cloud gaming service has been losing access to a whole host of popular titles from some of the biggest publishers in the video gaming industry. Earlier this year, Activision Blizzard removed its entire catalog of games from GeForce Now, which means many some of the most iconic franchises, such as Overwatch, World of Warcraft (WoW) and Call of Duty (CoD), are no longer available on the platform.