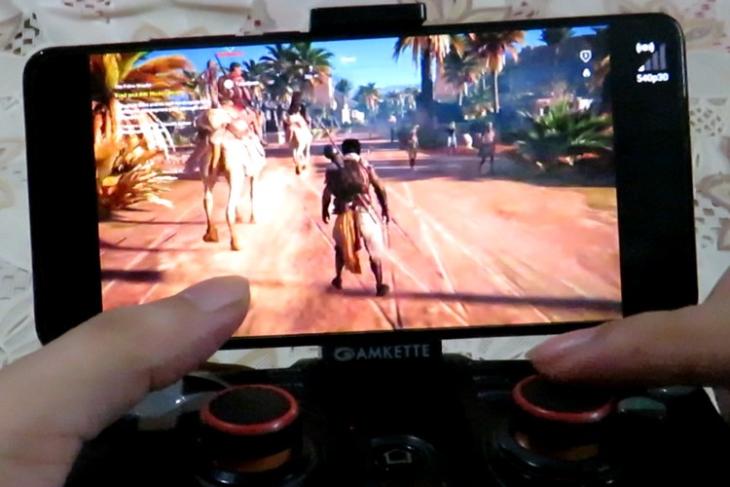 Barely days after Nvidia announced plans to bring its GeForce Now game streaming service to Android devices, the app is reportedly already rolling out to users in South Korea. According to Android Police, the beta version of ‘GeForce Now’ supports many third-party Android devices, which should make it a possible contender in the fledgling game-streaming sector, which includes names like Google Stadia and Apple Arcade.

While the app is not officially available for download in global markets yet, users can reportedly sideload it from APK Mirror, although, it’s not immediately clear if it’s compatible with all Android devices. At least one post on Reddit seems to suggest it is working reasonably well in India after being sideloaded on an unidentified smartphone. According to Redditor u/deejay1204, “I have Airtel VDSL 40 mbps Download & 8 Mbps upload speed connection, we don’t have any servers nearby (so) my stream quality was only 540p/30 fps”.

It’s worth noting that although there doesn’t seem to be an exhaustive list of devices that are compatible with GeForce Now, Nvidia back in August announced that the app will first launch in beta on ‘flagship devices from LG and Samsung’, before being rolled out more widely. The company had further claimed that the free public beta for the web version of GeForce Now had seen 30 million hours of gameplay from over 1,000 available games within the first few weeks of being available.

Slated to be officially launched later this year on Windows, Mac and NVIDIA Shield, GeForce Now is Nvidia’s take on cloud gaming, and runs on the company’s own GPUs. The service also allows gamers with connect to popular digital game stores, allowing them to bring their game libraries with them. Games currently supported include the likes of Fallout 76, Fortnite, Shadow of the Tomb Raider, Wolfenstein: Youngblood and World of Tanks, with more titles coming later this year.